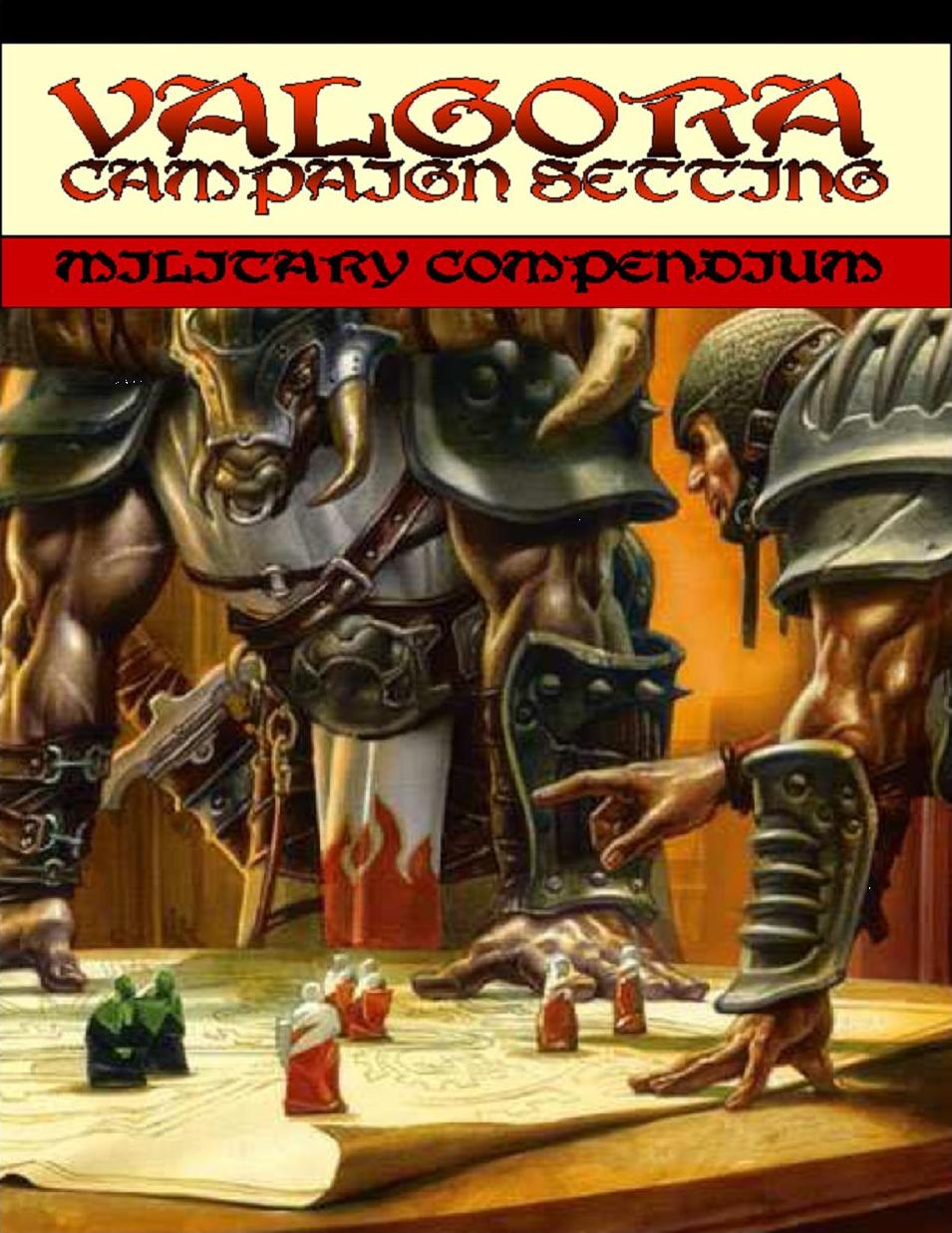 The people of the peaceful world of Valgora can feel the social climate changing as the prospect of open war fosters on the horizon. The few prepared paramilitaries of the world are excited, while all other countries scramble together to provide themselves with some form of protection from the possibility of battle.

It is in a climate such as this that the common man can find a chance and path to glory. Within the numerous military organizations forming across the globe, an individual can make a name for themselves.

The following information is provided to assist Dungeon Masters running a Valgorian campaign. The information may just become flavor, but should your party find itself involved in war or enlisting, the military could become the central focus of your sessions.

The countries of Valgora have began to build defense departments and military organizations as fast as possible. Most countries (besides Mollarok) have at bare minimum an army. Coastal regions keep naval forces on hand. The countries with the proper racial citizenship enjoy the benefit of flying forces, while those with different racial makeup enjoy brute ground marine forces. Leaders recruit specialized individuals into off-the-book departments, such as Infiltrators, Trackers, Scouts, and others. Very few countries keep subterranean staff on hand.

The easiest and most common method of entry into any service is the common man's enlistment. Some countries have requirements for males of certain age to join for a number of years, while others are all volunteer. Whether by draft or volunteer, becoming an enlisted Private is relatively easy. Through good service and ability an enlisted individual can climb his way through the ranks into more glorifying positions.

Nobles, Schooled Individuals, and those with the right connections can begin their career by being allowed entrance into a country's Officer Training Program. New officers get small area of commands, most doing basic civilian jobs. A show of wit and leadership skills can make these officers into well-known names and legendary leaders.

Some jobs need to be done without the worries of violating international military laws. And as such, Countries need to hire the individuals to do these jobs from outside their already uniformed staff. Trap makers, infiltrators and spies, scouts, subterranean or aquan denizens, all can find themselves being offered high-paying spots in secretive units designed to do deadly jobs.

Structure and order are key elements of any military command unit, and the Valgorian forces are very aware of this. Ranks are use to signify a person's ability, social position, pay, and length of service in a particular branch of service.