Manual of the Planes (Valgora Supplement) 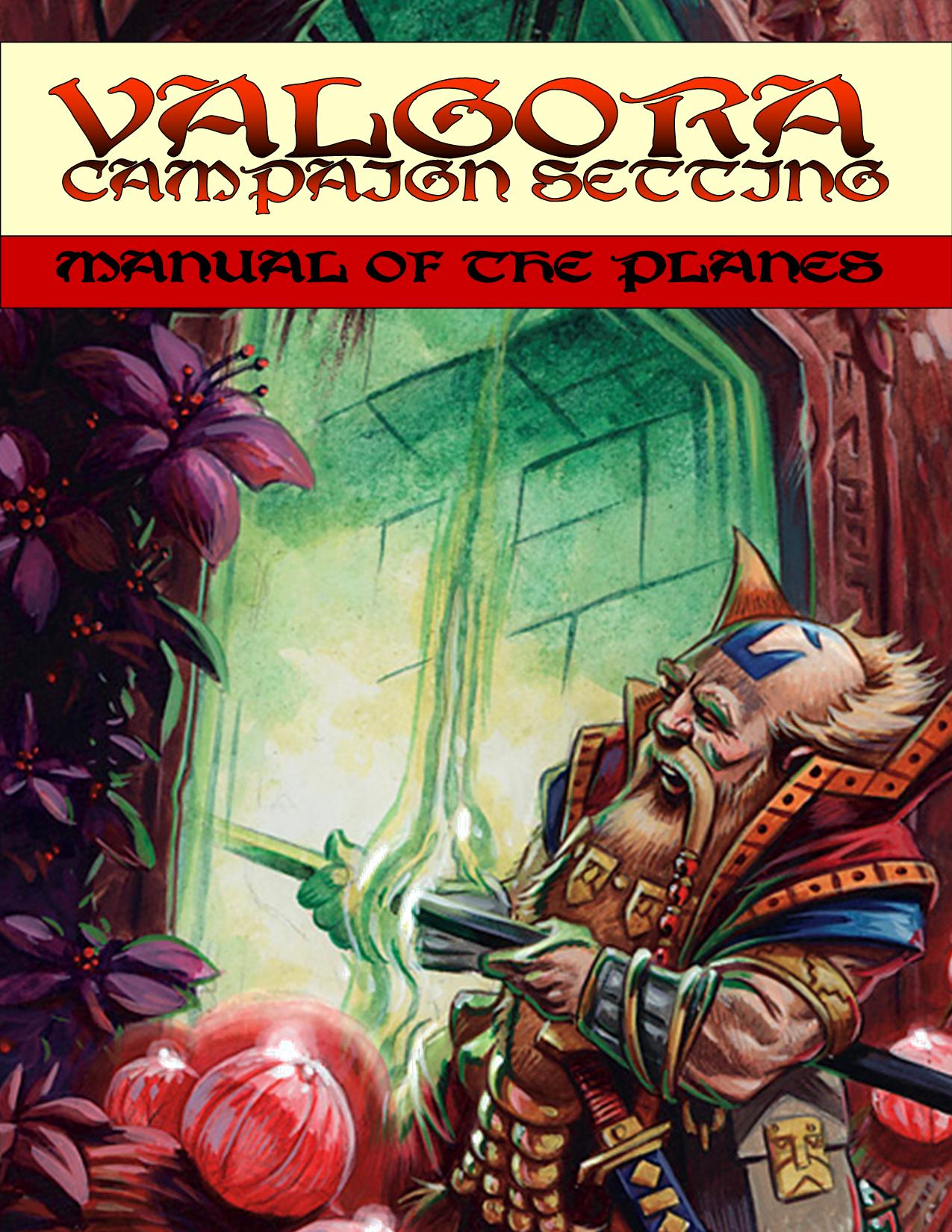 The common Valgorian resident lives his life without ever venturing amongst planes. Not even all denizens of the world know of the existent of the "elseworlds" called planes. Some of those who do know can only spread wives tales, rumors, and hearsay. However, for those stalwart adventurers seeking to find out not just what lays beyond the horizon, but beyond the fabric of existence, the Valgorian Multiverse spreads forth and invites them.

The Material Plane is the "home plane" or default area of which Valgora resides. The center and focal point of all existence, the material plane has qualities of all the other planes and those other planes base their entire existence upon the happenings on it.

For every rumor of ghosts, angels, or disappearing lights, there is a creature on the Ethereal Plane. Though it shares space with the material plane, it is a land of ghosts, fog, mists, and other normally invisible and intangible creatures and things. 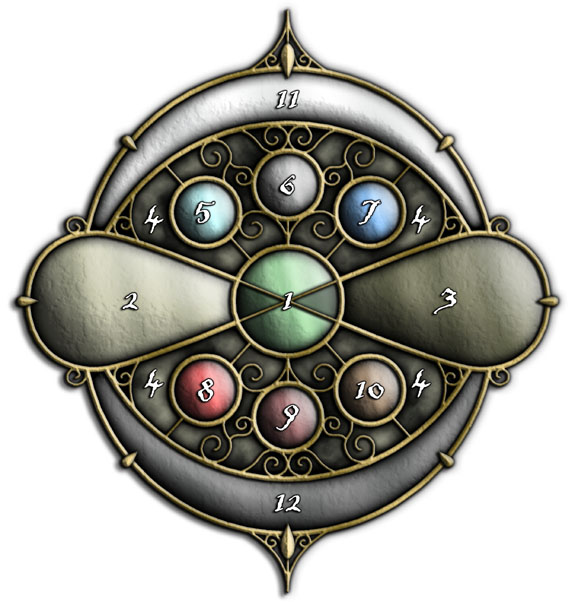 The layout of the Valgorian Multiverse

The Shadow Plane, also known amongst some as the Realm of Dusk, is a hidden place of eternal darkness and represents a twisted version of the Material Plane. Much like the Ethereal Plane of ghosts, this plane of existence is coexistent with the Material Plane, overlapping it in all areas.

Commonly referred to as The place between places, the Astral Plane is the area that engulfs and surrounds all the other planes. It's very existence, though vague and ambiguous, allows for much easier planar travel as it may connect any two planes of existence.

The land of eternal sky and endless flight, the Elemental Plane of Air is the home to all manners of flying beasts and individuals who are found of the grand heights it provides.

6. The Positive Realms of Law[edit]

Home to the great Mollarok, the Realms of Law are perfectly ordered. Even the weather acts on a properly approved schedule.

The eternal deep blue seas of the Elemental Plane of Water are the birth place for numerous aquatic beings and creatures. Full of currents and waves, the bottomless deep is an infinite guardian of secrets.

Home to the full force and fury of the flame, the eternally blazing lands of the Elemental Plane of Fire are the home of a vast array of ashen foes.

9. The Negative Realms of Chaos[edit]

A land of constant change and eternal struggle, the Realms of Chaos are home to the quick-to-act races of the world.

Any Delver's Dream, the Elemental Plane of Earth is the natural home to all sorts of underground creatures and societies.

From gloriously beautiful plains of flowers and beauties to the peaceful forests of holy elves, the land called Heaven is all the things that mortals have dreamed it to be.

The birthplace of nightmares and terror, the layered lands known as Hell are the home to demons and devils prone to horrendous acts.