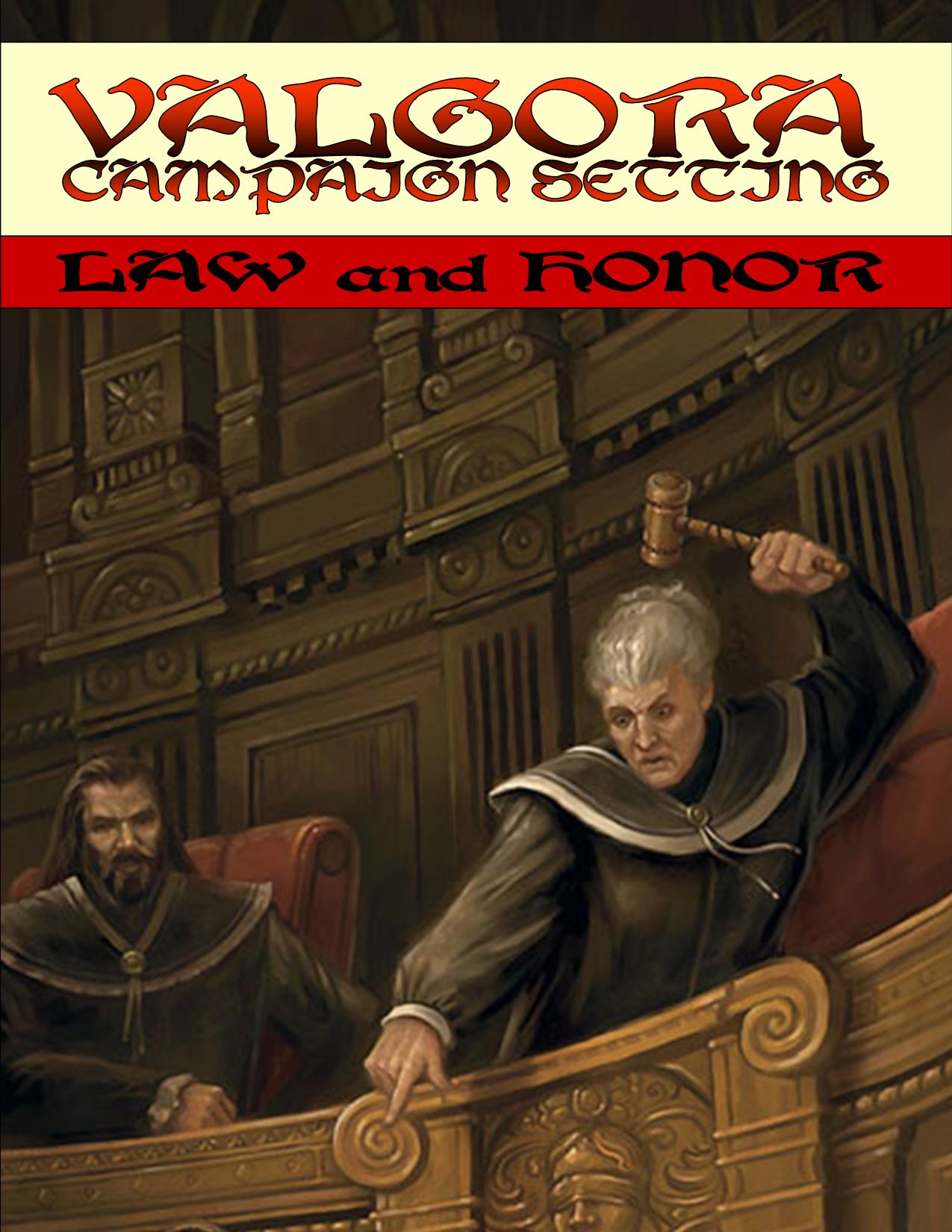 The Laws of Men and Gods administer the lives of citizens throughout the lands. Meticulous in some places, they may be all but non-existent in others. Travelers should be aware of the laws of the land they are in at all times.

The Grand Allied Lands of Ghikva[edit]

The Ghikvan Allied Parliament has pushed much legislation into existence. Below is some of the main points of interest.

The Moral Allied Loyal Senate for Valor, Intelligence, and Reverence[edit]

Like it's neighbor to the north, the Malsvir Senate has many laws. Below is some of the main points of interest.

Talara & The Island of Hesjing[edit]

Talara administers a small code of legalities designed to prevent or punish criminals for obvious acts against state and others.

Marriage, at least monogamous ones, are forbidden by JuWell. Followers are requested to seek pleasure and experience for themselves in whatever ways possible, but to never harm another individual or force them to do something against their will.

Vargach demands strength and confidence from his followers. Pride in their job and life, and the ability to help others who cannot help themselves. Followers are expected to fight injustice, evil, and general darkness wherever it may be.