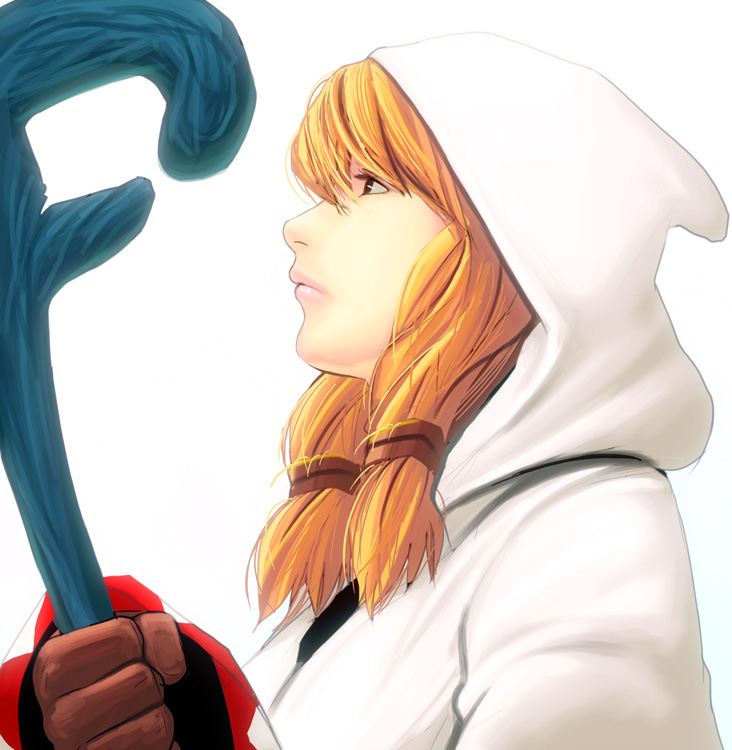 The Great Mother, benefactor of all, regardless of their nature.

The Great Mother is the embodiment of the ideal of Compassion, and constantly espouses the doctrine of universal love and tolerance, acting as solely a force of good and compassion in the Pantheon of Tirr. She is typically revered by most good-natured creatures and persons, even fellow deities, of both the Pantheon and the Aesir, and praised as the benefactor of all creatures, even those who actively work against her or her teachings.

She often takes the form of a middle-aged human female, cloaked in a white robe and supported by a hearty oaken staff. Her appearance is hardly regal or opulent, and instead is rather mundane, but always seems to exude a layer of calm and gentleness, bathing her surroundings in a sense of maternal affection. While she is not able to freely care for the mortals of the world, as she would like, she takes solace in directing the worst of possibilities away from those of the Material Sphere, and often visits those she feels are in great distress or pain, personally. She has created a number of artifacts in order to aid and relieve the suffering of those mortals in the world below, such as the Great Mother's Grace.

Many legends have been passed down about the Great Mother, the most common being the mythological creation story, which depicts the first mortals as having been born from the goddess, herself, with Mara serving as her midwife. This is not necessarily true, but it is a celebrated story and one traditionally told to most young children in most civilized regions.

Followers of the Great Mother are required to obey some minor, but important tenets of ideology, including objection to violence and doing harm whenever possible. They are to avoid inflicting pain or suffering on any creature, for whatever reason, beyond necessity (Hunting, while an act performed in service to Bestia, is often necessary in order to live in climates where staple crops cannot grow, and is therefore permitted so long as it is performed within reason and every action is taken to lessen the suffering of the quarry).

Caring for the poor, infirm, or wounded is considered a sacred pursuit, and followers are discouraged from making distinction between friend and foe when performing acts in her name, or with powers granted by her. The Great Mother, it is said, knows no nationality or faction, and cares for all, without bias or partiality. As such, most followers of the deity are priestly in demeanor, if no occupation, and strive to achieve a level of saintly presence and practice, to better serve their goddess.

Those who are unable to abide by this divine ideology are not necessarily shunned. Again, one of the most principal teachings of the goddess is that all are to be cared for, and that all are loved. While those who do not or cannot adopt her teachings will not be given the same roles (i.e., cannot become a cleric or rarely, a paladin of the Great Mother), they are not to be looked upon with anything but love and acceptance.

Clergy of the Great Mother are often dressed in mundane, white robes, emulating the appearance of their patron deity, and they strive to provide the same atmosphere of gentleness that is attributed to the Goddess. In doing so, they often make for suitable counsel in sensitive matters, and are viewed as sources of emotional support in troubled times.

Priestly orders of the Goddess are typically charitable, and most temples dedicated to her are always open in times of shelter, allowing the injured or infirm to come and rest within, under care of her priests. While most nations maintain a small fund to any and all temples of the Great Mother operating within their borders, the amount is often hardly capable of supplying or maintaining any standard of living for major crises, such as displacement by war, famine, or epidemics of disease. This causes most priests to work and toil to produce their own supplies, leading to a great many followers of the Goddess becoming self-sufficient in order to provide for others.

Temples are fairly common, unlike most of the Pantheon's deities, as they are a center of healing for all manner of illness or injury. A minor temple can be found in all regions, but a major temple exists in the holy city of Goldengate, a massive city dedicated to the Pantheon.

The Great Mother is one of the five great deities that hold seat in the Major Thrones of the Pantheon, which allows her to argue and vote in favor of her ideals and those that follow her. She is often the most vocal supporter of the inhabitants of the Material Sphere, including the Aesir, whom she believes do not deserve the terrible fate that has befallen them, as well as believing some members of the dissent against the Oath have good reason, such as Bahamut, and should not have been retaliated against.

Mara and Era, who are traditionally associated with the Great Mother, as the three goddesses who govern over ideals of love, share almost all ideals with her, and therefore are steadfast allies in most matters that come before the thrones, though they often differ in some respects regarding their own ideals. She receives similar, though weaker bonds from Balthazar and Jubila.

In regards to the Aesir, she is revered almost universally among them, with only Tiamat and Vok expressing dissent toward her. Bahamut, himself, decreed to the Aesir when they were banished, that should any hold her in contempt, he would take their grudge upon himself, in her stead. She is often accused of sneaking into Tirr to visit them, as well as her followers and those in need.