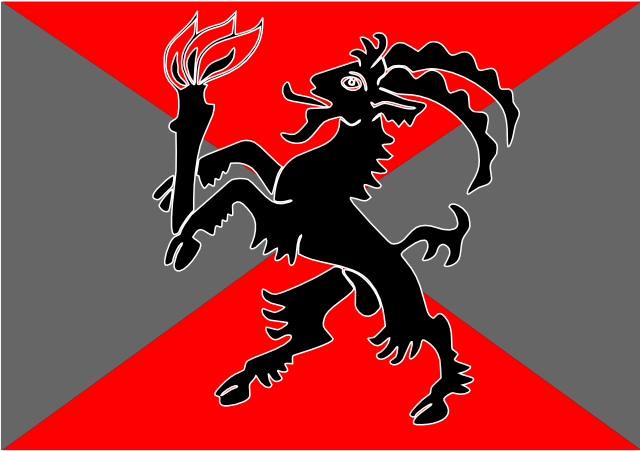 Flag of the Feral Nation

The Feral Nation is a highly aggressive and savage nation of goblins, hobgoblins, and other goblinoids. It emerged from the collapse of the Griffon Empire.

When the goblinoids went into the War of Law and Chaos, they were a disorganized mass of conflicting tribes. Their skills were primitive. They lived on banditry and raiding. They spent their energies fighting each other as much as anyone else. When the war started, they did as they always did: they served both sides. They served on the front lines in all the battles, dying by the legion.

The goblins served in the Wars of Law an Chaos just like any other war. They died by the legion.

From his fortress in Maig Bab, Ecklus waged a campaign of conquest against his neighbors, defeating and enslaving them. His pride and his arrogance grew. At noon on high summer, he went too far. Standing on the roof of the forum, he declared himself a god, demanded that all his subjects worship him as a god, and then asserted that all his subjects were his personal slaves. For his goblin mercenaries, this statement went too far. Legend says that Samael appeared to a hobgoblin general and bade him to rise up in revolt. Knowing themselves blessed by a true god, the goblins revolted, overwhelmed Ecklus, conquered Maig Bab, and formed their own country called the Feral Nation.

In fact, a goblin called the Martyr searched out and found Samael, then freed him. This heralded the return of the Feral pantheon. The Martyr died leading his people to victory over Ecklus. His people followed their new god, and their new god was Samael.

By the end of the war, the Feral Nations had expanded their holdings to unprecedented degrees. Their power base now rivaled that of the any other people or alliance. They no longer attacked trivially. They now know which resources they want, and why they want them. Every war must have a payoff, not merely in gold, but in resources. Their new strategy is always to acquire necessary resources and new technology, wither through conquest or theft. 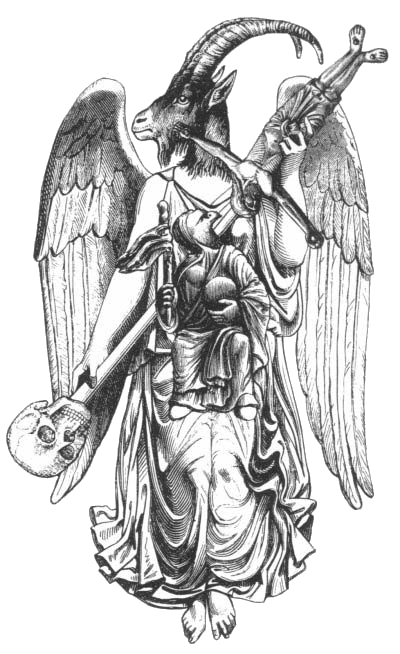 The Feral Nation has many goals.

The Feral Nation conflicts with almost every civilized country in existence. They are especially at odds with the Border League and the countries from the defunct Griffon Empire.

Kurlkrag was once the great fortress of the wizard King Ecklus. The place maintains most of his magical wards, making it a very difficult place to infiltrate.