Captain Smith makes his money by pirating and transporting human cargo to foreign lands. His current customer is the necromancer Worm Eater who is preparing an undead hoard and he needs living people to build his fiendish magical constructions and to feed his undead. The necromancer is desperate to get "better samples" from his suppliers. He needs powerful souls to create powerful lieutenants. Captain Smith has no trouble selling off people, but if he thinks that he can use you in his operation, he will offer you an officer's position aboard his ship, provided that you can eliminate the person who currently holds that job.

Captain Smith "inherited" the ship off its former owner, a notorious pirate captain. This former captain is now an undead minion of the Worm Eater.

Captain Smith usually gets his slaves from raiders that live along the coast. Among his favorite suppliers is his former Bully Boy, Black Pete.

Captain Smith by himself is CR8. With his bully boys, the encounter is CR10. 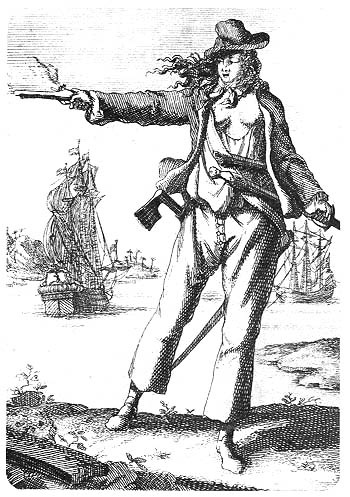 The "bully boys" are the four crew members that Captain Hiram Smith trusts the most. He sends them on special tasks, and he uses them as his personal bodyguards in dangerous situations. Their favorite job is to whip the slaves who row for their galley.

The Cold Dead Fish is the pirate ship belonging to Captain Hiram Smith. She is a moderately fast ship, able to overtake most merchant vessels and outrun heavier military vessels. She is a galley powered by 140 to 200 slaves, whipped by the Bully Boys into fear and obedience. She has a sail which allows her to sail at slow speeds without the oars. If the wind is with her, the sail and oars together give this ship a speed to be reckoned with. The ship is equipped with a bridge that allows it to pull alongside an opposing ship, drop the bridge, and allow her crew to cross over easily.