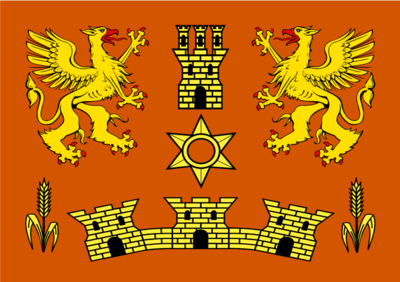 Flag of the Twelve Kingdoms

The Twelve Kingdoms lie on the mountains above the Great Dwarven Union. They are client states of the GDU. They farm and work the lands above that the Union does not value, and gaining from them both food and defense. In return, the kingdoms above get strong allies in the dwarves, and a direct access to the best arms and armor in the world.

The Twelve Kingdoms were first settled in the time of Heroes when the great Hadean dwarves ruled the Hadean mountains. They established a symbiotic relationship with the dwarven kingdom: they were allowed land in exchange for their food and military service.

These lands became part of the Thule empire voluntarily, seeing great advantage is joining their trade with Charystos. As they joined the empire voluntarily, most of their institutions stayed intact, preserving the traditional relationship of these kingdoms and the dwarves. After the split of Thule's empire, the Hadean lands became part of the Griffon empire.

The men of the Twelve kingdoms are tough as the dwarves. The power of both Earth and the Wild runs through these lands.

During the Wars of Law and Chaos, the peoples of these kingdoms usually followed the Great Dwarven Union.

Every six years, the kings assemble and elect a Duke to administer the kingdom. The Great Dwarven Union has the right to reject this leader. The Duke has a right to call for taxes once per year, and one levy of soldiers per year. Beyond that, he must work the Council of Kings.

The Twelve Kingdoms are only the human kingdoms in the Hadean mountain range. There are other lands of other peoples as well.

The leader of the Twelve Kingdoms is the elected Duchess Agnetha.

Woodbine is the seat of government.