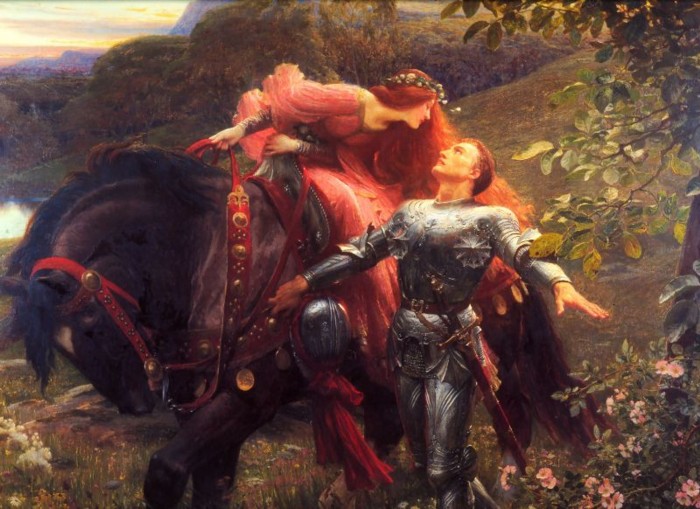 Image of the Red Lady of War seducing a knight.

Image of the Red Lady

The Red Lady of War is a relatively new goddess. She is the personification of the attractiveness and seduction of conflict. Where Samael is about revenge and conflict, she personifies ambition and vision. She places into men the belief that war will make them wealthy or great.

She has allied with Samael.

For those she courts, she appears as a beautiful woman. For those she disfavors, her countenance is far sterner.

The followers of the Red Lady of War embrace war. They fight for greed, ambition, and power. They fight for the feeling of superiority that victory brings. There are no morals or ethics to their fighting. Victory comes to those who are most sincere and most ambitious. She also teaches that victories are to be celebrated. Often times these will be large wild affairs. It is said that children conceived in such revels are the children of the goddess, and that the goddess favors them in war.

Many of her clergy can be found as members of military orders,they often try to obtain positions of influnce or rank through their valour in the battlefield and then use their influence to further the Red Ladies wishes.

In Endhaven, the Red Lady of War is an ally of Samael in the Feral Pantheon. The Blood Alliance openly worships her.