Order of the Union (Endhaven Supplement) 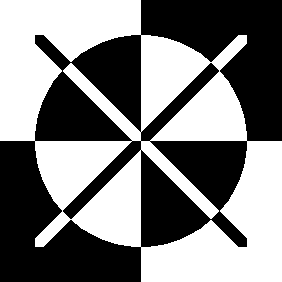 The Ancient Order of the Sacred Knights of the Great Balancing Union, or the Order of the Union, is a group that believes true balance in all things can only be achieved by merging every plane into a single, seamless plane. They house masters of every kind of planar manipulation, from masters of extraplanar summoning and calling to adepts of transdimensional portal creation.

The Order of the Union (commonly called "The Joiners") was founded three hundred years ago by Rebbecca d'Lamia, a visionary of essential neutrality. She believed in balance in all things magical and mundane, urban and rural, lawful and chaotic, good and evil, divine and arcane, deific and mortal, etc., and that the only thing that should be totally and completely dominant is balance itself. She recruited followers from as many planes as she could and they took materials from an equally diverse number of planes in order to build the many large citadels across the many planes.

Most organizations would take little notice of such a philosophy, but d'Lamia is a granddaughter of Emperor Thule. There is a prophecy which states that an heir of Thule will reunite his empire. Most think of this a political prophecy, but with this emergent philosophy, organizations recognized that this could be a literal joining of planes. Rebecca herself claims to gain this knowledge directly from the Mother of Storms. Whether this is true is uncertain. Given her heritage, this is certainly believable.

During the Wars of Law and Chaos, d'Lamia used her neutrality to her advantage, playing to whatever side was weakest. She sent mercenaries to these lands, and there they build fortresses, bringing her plans slowly to fruition.

The Order is always working to expand and strengthen the planar bonds that they have forged between their citadels, with the ultimate goal of blurring the lines between the planes, eventually merging them into truly being one plane.

The Order is always met with great resistance, especially on planes that directly oppose another, such as good-aligned planes. Others can oppose them for any number of reasons, be it fear of change, a wish to preserve diversity, or a feeling that it is unnatural.

Virtually any plane that supports any form of intelligent creature will probably have one of the Order's citadels. These citadels are built so that if they were all brought to the same place, they would fit together like a puzzle. Indeed, this is their ultimate goal, as the bonds they have between their citadels are positioned and designed so that if the planes are ever finally merged by their efforts, they will fit together and act as one large citadel. These vast structures are a beautiful sight to behold, incorporating every construction material imaginable, and from as many planes as they could reach.