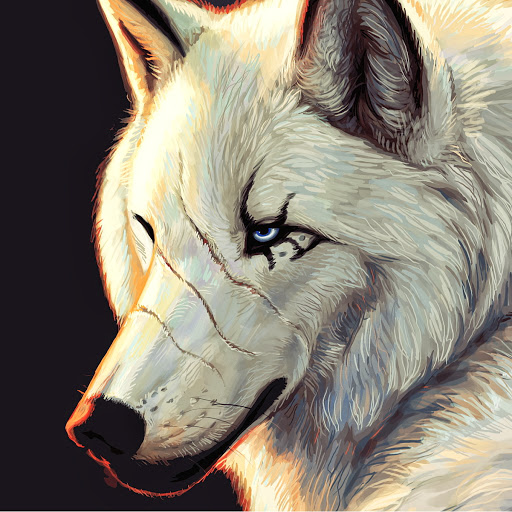 The master of the cold, Fir is a being worshiped largely out of fearful awe, or by those who seek to curse another. Few ever remain among the living in his presence.

As a deity who governs over the more baser and abhorred natures of living things, Fir is considered a sore subject to bring up in most circles, even those of the divine. The God presides over the ideal of Spite, his name is often considered be an omen of bad luck, itself, and directing toward anyone is often taken in passing as akin to wishing someone ill, as he is commonly associated with curses and acts of vengeance, although he only truly affiliated explicitly with the former.

As an Aesir, Fir was exiled to the Material Sphere when he refused to accept the Oath of the Pantheon, citing his concern that such an implement would utterly bar his own interests, as they were dedicated to seclusion and spite, both of which would be incompatible with the idea of being part of a unified body that would govern the whole of the divine realm. After his banishment, he continued to operate individually from the rest of the Aesir, even when Proditor ended up attempting his rebellion in the 3rd Era, despite the fact that he had just as much to gain from it as the rest of the Aesir.

In terms of appearance, Fir often appears as a huge winter wolf to those he cares to make an appearance for, though he has, at times, also been sighted in the form of a human; In this form, he has extremely pale skin, even light blue in some depictions, and ruffled white hair. He is almost always depicted in light clothing, despite what appears to be a constant blizzard surrounding him, with the exception of some furs sewn around the neck and arms. Despite this depiction, however, he is most commonly associated with the canine form, and beasts of the mountains and colder lands, especially those near the glacial plains on the northern end of Loupe. Lone Wolves are especially popular associations for the deity.

The deity is not a talkative one, and therefore does not commonly seek out interaction with the many living creatures of the Material Sphere. While he does occasionally attract a worshiper or other interested party, Fir tends to apply little value to morality or sanctity of life, and those who inconvenience him are often more likely to die a painful death than receive any blessing. Somewhat fortunately, for the world of Tirr, this also means that the Aesirean deity is more often in slumber than other deities who are, good or evil, more accepting of worshipers; Lacking a steady source of ideals requires him to sleep more often than others.

Fir is naturally stoic and rather quiet, valuing his solitude above all else, even others' lives. Despite this, his true ideal is that of spite, which makes him contrarian in most interaction, simply speaking. He does not uphold many other dogmatic elements, nor does he typically hold any other creature, mortal or otherwise, to them, though this is more than likely a matter of indifference than any level of magnanimity.

Perhaps the only thing that can be gleamed from Fir, in terms of preferred philosophy or endeavors, is that he appears to appreciate quiet surroundings, wide-open spaces, and completely avoiding others. Many scholars have extrapolated these tendencies of the deity to mean that his personal dogma may exist, but be completely unorthodox, in comparison to other deities. For example, the leading postulate in modern day Tirr is that while many other deities espouse philosophies, hold other mortals to them, and bless those who please them, Fir does the exact opposite, true to his ideal. He runs off those who approach him, if he does not outright kill them, and rarely ever does he take on those interested in his worship, choosing instead to pursue a solitary existence in the cold north.

Those few who do manage to worship Fir often do so out of fear or necessity, such as the many villages in the icy regions of world; Being a deity whose domain includes cold and ice, their survival often depends on appeasing the lonesome deity, which is a tricky trial, to say the least. Often times, this takes the form of tribute. Small shrines, sculptures, offerings left in the cold, but include darker rituals that often only add to the cold god's reputation. More than one cult in time's great expanse has been found to have left a mountain of bodies and hexes in their wake, all pledged to the God of Spite.

There exist no major temples to Fir in the world of Tirr. There is hardly ever fellowship between various clerics, paladins, and druids that might receive divine spells or orders from Fir, and even they do not often know why he even accepts them, though some might offer several possible explanations. Of course, given the nature of their deity, any character who calls upon Fir is typically not very outspoken about it, making them rather elusive individuals.

Several sites are named after Fir and regarded as sacred, however, including Fir's Canyon, the most notable of these locations. It is located in the northernmost part of the region-nation of Sol, naturally formed between the point at which the glacial plains and the oceanside mountains meet. It makes the edge of the northernmost boundary of the desert region, and is commonly surrounded by snowstorms and sleet, making it a treacherous place to endeavor for, even when compared to the glacial plains, themselves. Some who worship Fir or wish to leave offerings will attempt to make the journey to this and similar places, however.

A loner by nature, Fir usually avoids any and all relationships, often only dealing with others, even other gods, out of sheer necessity. Perhaps the only person to truly affiliate with him on any constant basis would be Mana, who is constantly involved with the rest of the Aesir. Bahamut often finds reason to berate him, as he is completely contrary to everything the dragon-god stands for, but stops short of harming the lesser deity as he poses no great danger to mortals so long as he is left alone, and because his own ideal of magnanimity would prevent it.

Fir does not maintain any contacts in the Pantheon of Tirr, and although he would likely wish to return to the Deific Sphere, his actions, or rather inaction, during the great Aesirean War surprised many, including Proditor, himself, who believed that the God of Spite would have joined him in his plot.