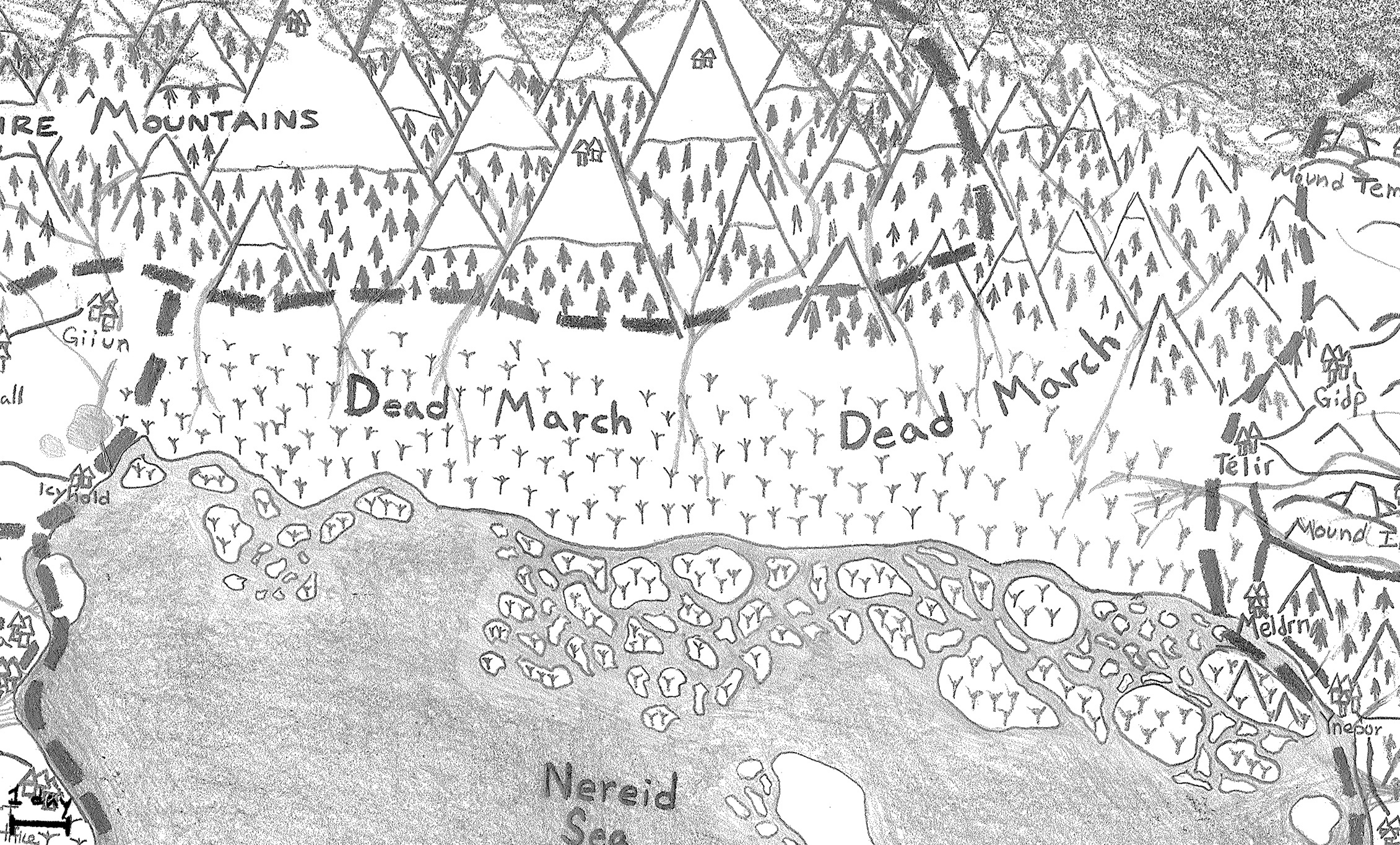 The Dead March. The map's scale is based on the average medium race's walking speed.

Located north of the Nereid Sea, east of Winteren, east as well as south of the Ochre Mountains, and west of Duat the Dead March is a brackish mire, which is populated with free-roaming undead, and temperate forests and alpine tundras covering its northern mountains. The northern mountains are not high enough for Titan temples. Need the Titans intervene they would without a problem, much like at New Dragonseye. Duat, on the other hand, has little desire to expand into more northern terrain. So many citizens already die from their winters. For this reason the northern mountains are frequented by dangerous creatures. Summer throughout the Dead March is cold, although the stagnant water in the mire unfreezes. During winter snow covers the mountains as well as the mire where the water freezes. Rivers flow from the Ochre Mountains and Duat only to stop flowing in the mire. The water slowly trickles into the Nereid Sea where the water overtakes the mire making the southern islands of the Dead March. Nothing lives in the march but, occasionally, hordes of undead will pour forth terrorizing the population that lives in eastern Winteren and Midhaven many times reaching the Bone Road, giving the Bone Road its name. 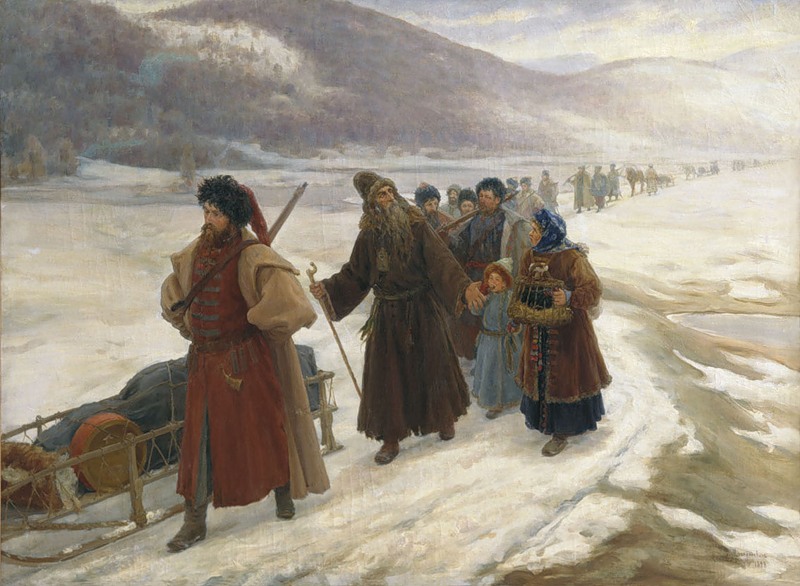 Tsar Yuri led his people across the treacherous Dead March to found Winteren.

The undead of the Dead March are ungovernable.

The undead of the Dead March crave living flesh.

The Dead March was supposedly created as a repository for undead that were no longer useful. Rogue necromancers would conduct experiments in the March, abandoning their failed experiments to languish with the other animate corpses. The March is a festering wound in Patronage, but nobody appears to have the power to eliminate it.