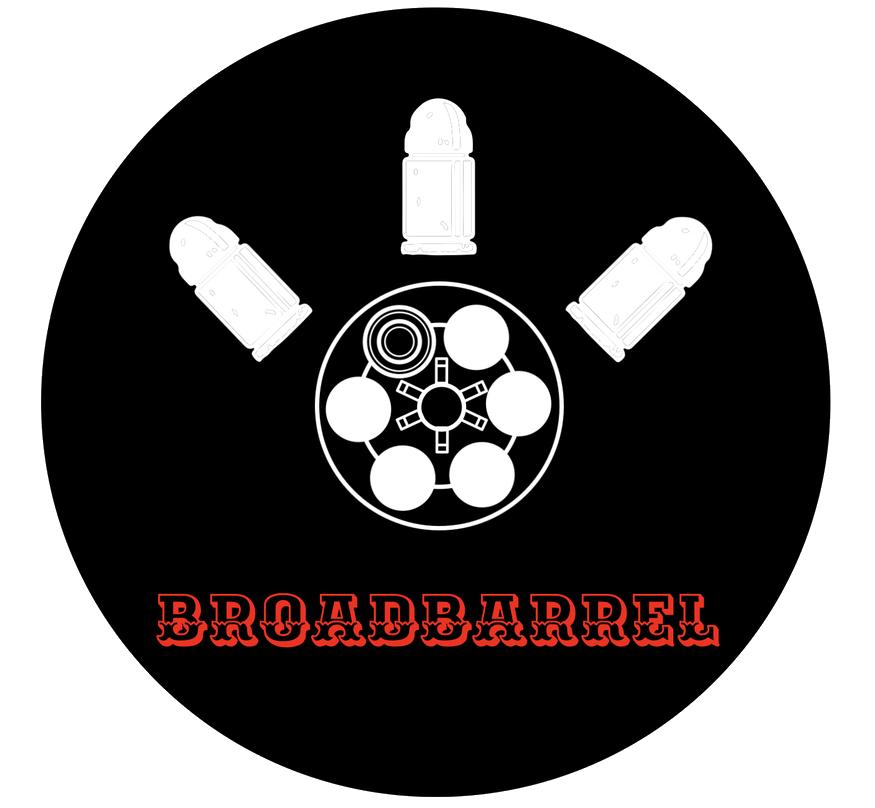 The logo for Broadbarrel, by Kanon, the primary contributer to this campaign setting.

Broadbarrel is a vast land of deserts, canyons, dunes, savannas, and even volcanoes. Heat scorches the surface, leaving the tops of mountains and the bottoms of caves the only places with mild climates. Those who delve deep into the caves of Broadbarrel may find theirselves in a massive cavern called the Depth complete with an underground ocean, glowing mushrooms and crystals dotting the cave ceiling. However, if you decide to venture upward in the mountains, you will find tranquil plains and forests which make up a landmass known as the Sanctuary, a land without harm. Firearms nicknamed powdergunnes are common weapons, as well as car-like vehicles and airships. The most famous piece of equipment being the sandstrider, a large boat-like vehicle that uses a windmill to rotate the wheels. Not to mention the lack of a pantheon, yes, Broadbarrel has no gods. Once an aquatic planet, a catastrophe scorched it into what it is today, a barren landscape lacking in infrastructure, but definitely not in conflict. In Broadbarrel, there’s more shed blood than water.