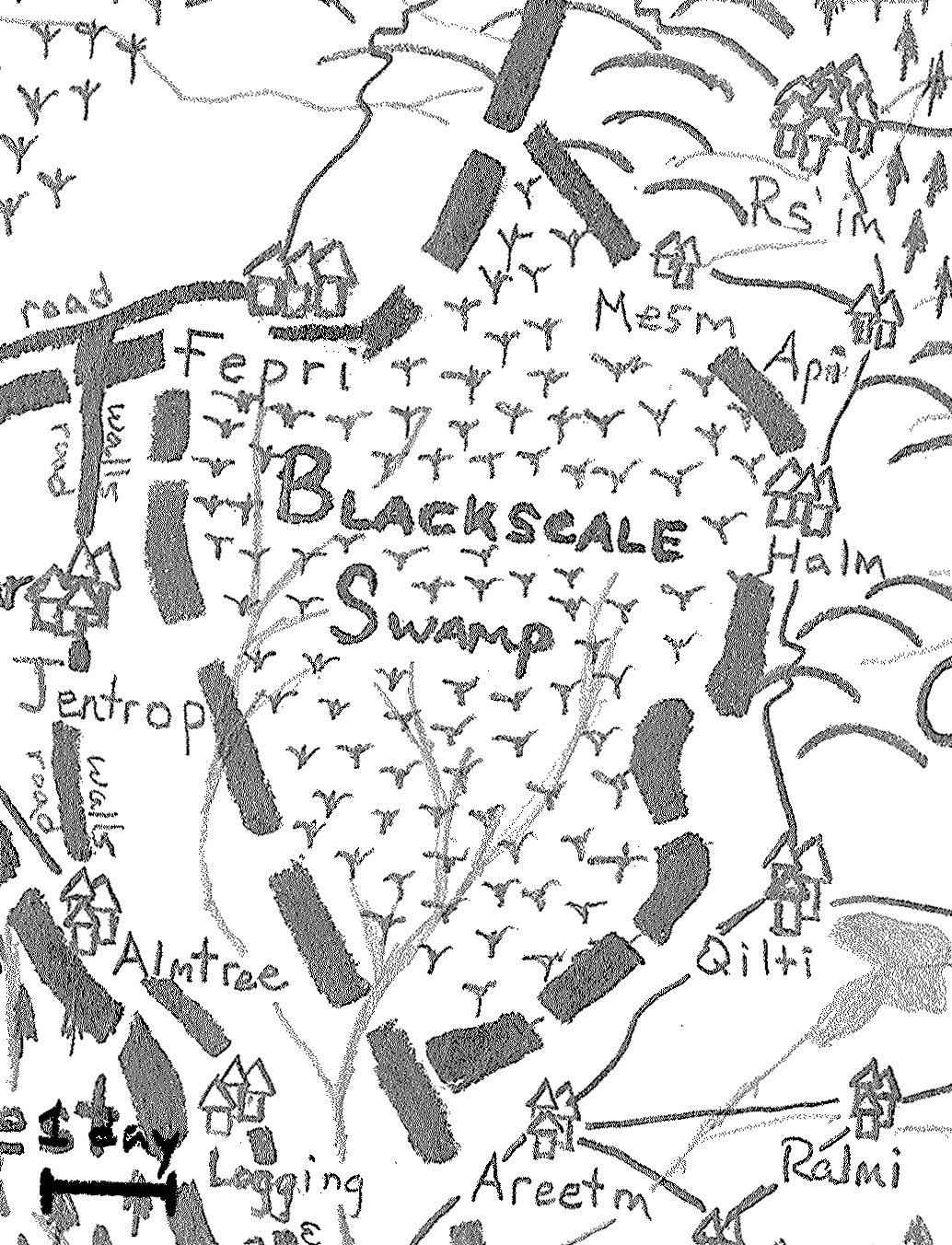 The Blackscale Swamp. The map's scale is based on the average medium race's walking speed.

This vast marshy swamp on the border of Caliphate, Dragonseye, Ironguard, and Nidvalar has, since the days of Lucinda, been home to the reclusive sparti, once the base servants of their Dragon Patrons. Without a sparti guide the Blackscale Swamp is treacherously deadly, with all manner of exotic creature and hazardous terrain. Even with a sparti guide the Blackscale Swamp is treacherous indeed. Armies have disappeared within the Swamp and the only non-sparti known to travel within the swamp with any success is the great Eternal Elf Gamaliel. However, to what purpose is his alliance with the sparti, only he could say. Many have been in portions of the swamp and lived by navigating the few nearly stagnant rivers which flow southwestern into Nidvalar and then into the Savage Sound. Here is where one can find sparti in their struggle to survive, and some reason that this is the only place they have civilized. 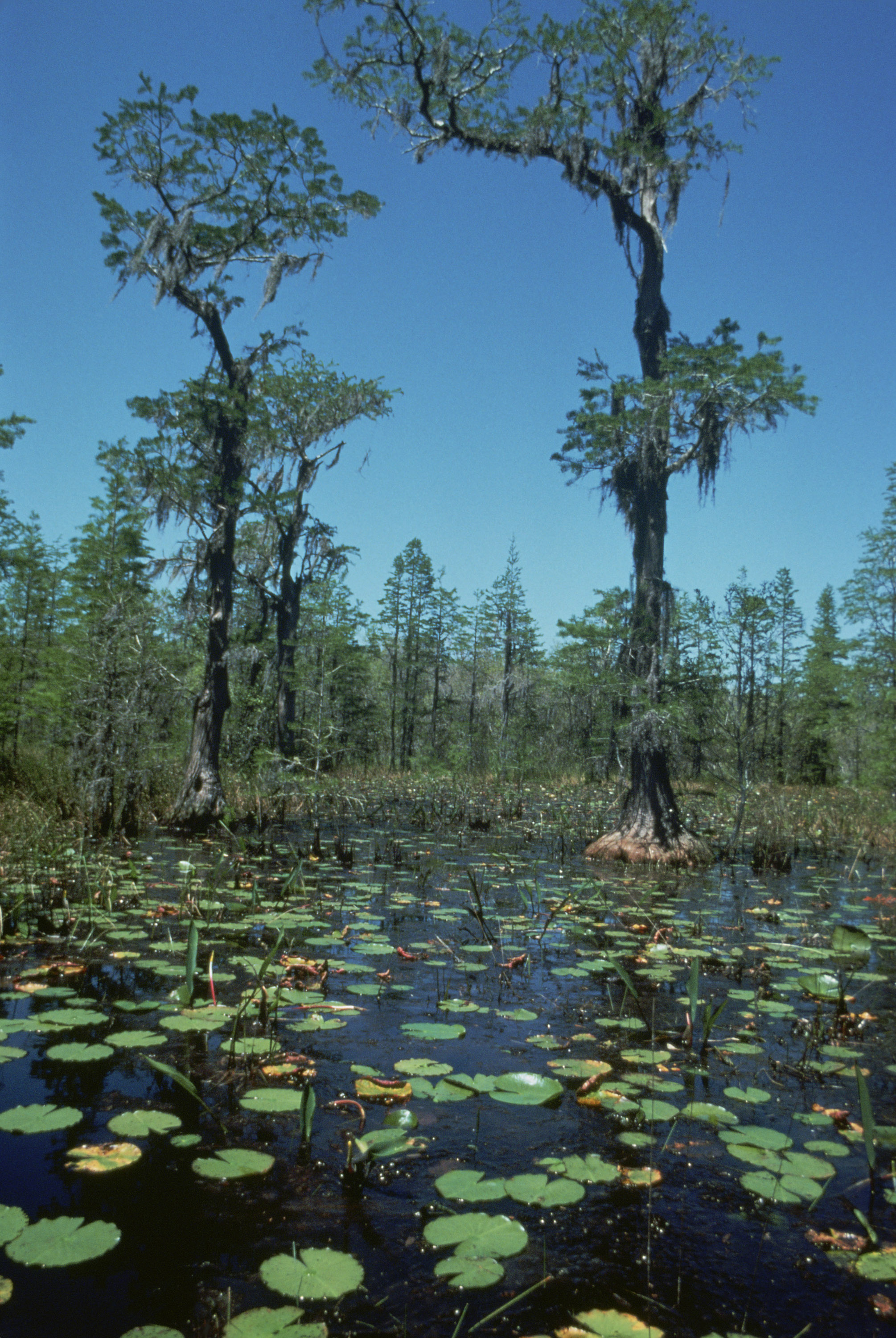 The Blackscale Swamp has an eerie beauty, but is forbidden to most outsiders.

The sparti tribes each have their chieftains who rule them. On an irregular basis, any chieftain may call for a conclave of all the tribes, either to forge a peace or to deal with a common threat to the Swamp.

When their nobles, the halflings, overthrew the Patrons, driving them forever from Patronage, the sparti refused to participate and retreated to the Blackscale Swamp. To this day, their enmity for the halfling race is unceasing and it is the only area in all of patronage where halflings cannot safely travel. The sparti are reclusive and little is known about them other than that they are fierce warriors. Many of their kind have become expert alchemists, relying primarily on the unusual flora found in their swamps. Others have been known to train wyrms and wyverns as mounts and pets. It is rare, but not unheard of, for a sparti to leave the Blackscale Swamp in search of fortune or glory. Some even follow obscure legends and myths that surround the fate of their Patrons.

The sparti have a strict policy of noninterference with the outside world, except for one odd exception. The Eternal Elf Gamaliel appears to have the respect of the sparti, for they allow him to move his armies through the swamp without hindrance or harassment.