The Savage Sound. The map's scale is based on the average medium race's walking speed.

The treacherous salty waters between Mongrel Island and the mainland's southern shore, this Sound is home to pirates and savage shedim. Even the Anthropophagi are known to ply these seas in massive dreadnaughts manned by the fiercest aquatic shedim. The waters are home to massive fish and sea monsters. Even so, the southern shore is also plied by legitimate merchants ferrying trade between Nidvalar, Chisel, the Caliphate and the Alabastrian Empire. For those willing to brave innumerable dangers, the lure of profits is hard to resist. 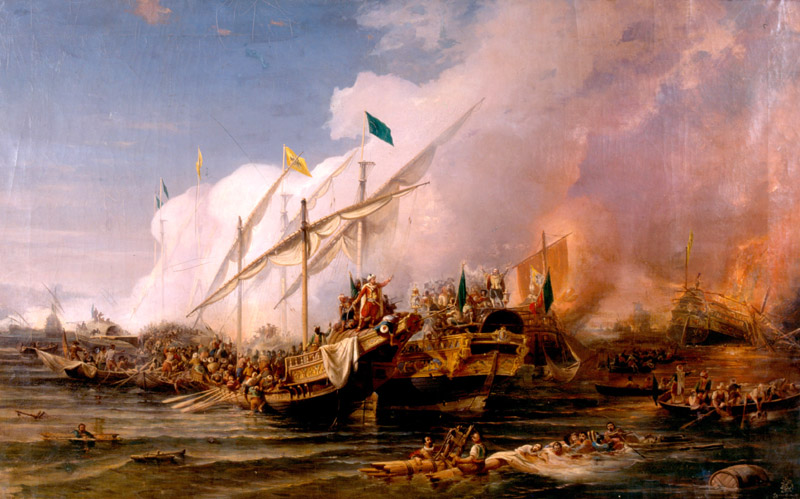 The piratical ships of the Anthropophagi have begin plying the Savage Sound, attacking merchants and travelers on the once peaceful waters.

The high seas have no government. Every ship is governed by its captain.

The maritime culture is typical of other cultures: obey the captain or be keelhauled.

Historically, the Savage Sound protects the mainland from the Anthropophagi, and preserves the privacy of Mongrel Island. Few people seek to change this status quo.