A large island located in the midst of the Savage Sound, little is known of its geography. Those few who have traveled to its shores and returned report thick jungles, impossibly tall grasslands, rocky hills, and monumental crevasses. This geography is ideal for the favored sport of the Anthropophagi Patrons who govern the island: hunting the ravin.

Hurricanes assault the island throughout the autumn. These conditions do not appear to give the Anthropophagi any pause. If they choose to hunt a ravin nothing will stop the hunt.

Mongrel Island. The map's scale is based on the average medium race's walking speed.

The Anthropophagi Patrons of the island control their shedim subjects like a huntsman controls his hounds. They are well-treated, trained, and bred for expertise, and then let loose on their chosen prey. The ravin dwell in the middle of the island, huddled together in small mobile settlements, ready to bolt at the first sign of a hunting party. These settlements are usually family-based with little organization or hierarchy. 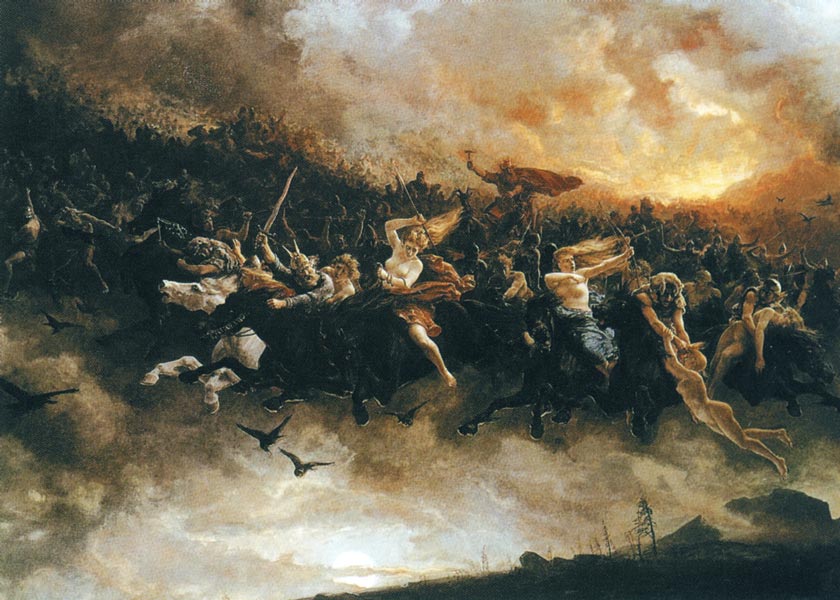 The Anthropophagi and their shedim servants delight in the savage hunts that ravage the ravin residents of Mongrel Island.

The only culture of this island is survival of the fittest. The ravin survive on wits and luck, the shedim survive by pleasing their masters, and the Anthropophagi sit atop the food chain and grin.

The Anthropophagi once controlled much land in the southern half of the mainland, until the halfling empress Lucinda vanquished them and drove them across the Savage Sound. Since then, the Anthropophagi have appeared only a handful of times on the continent, once to destroy and torture one of the Middle Emperors, and again to help destroy the wall after the Ferroclasts conquered the Second Empire.