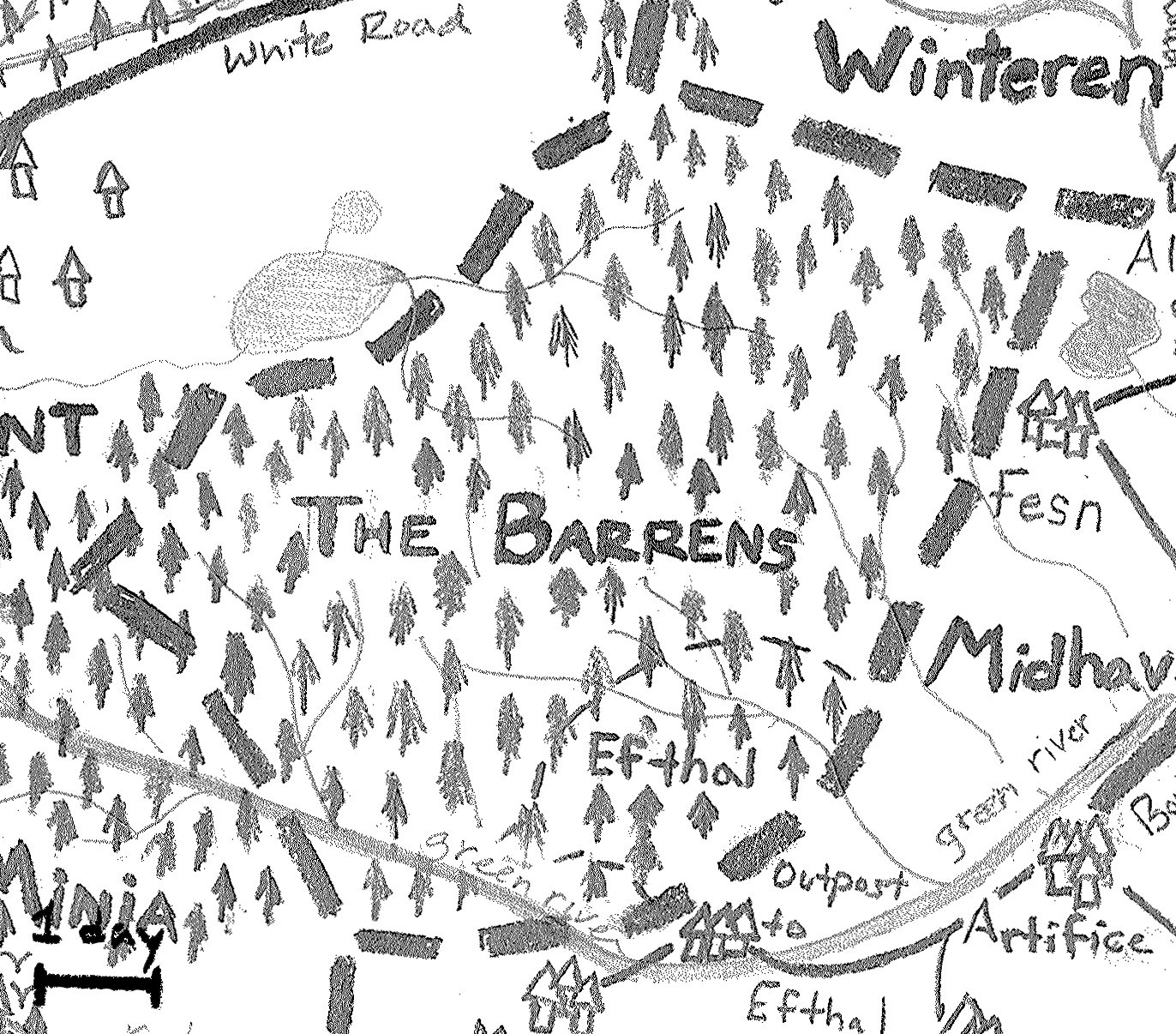 The Barrens. The map's scale is based on the average medium race's walking speed. 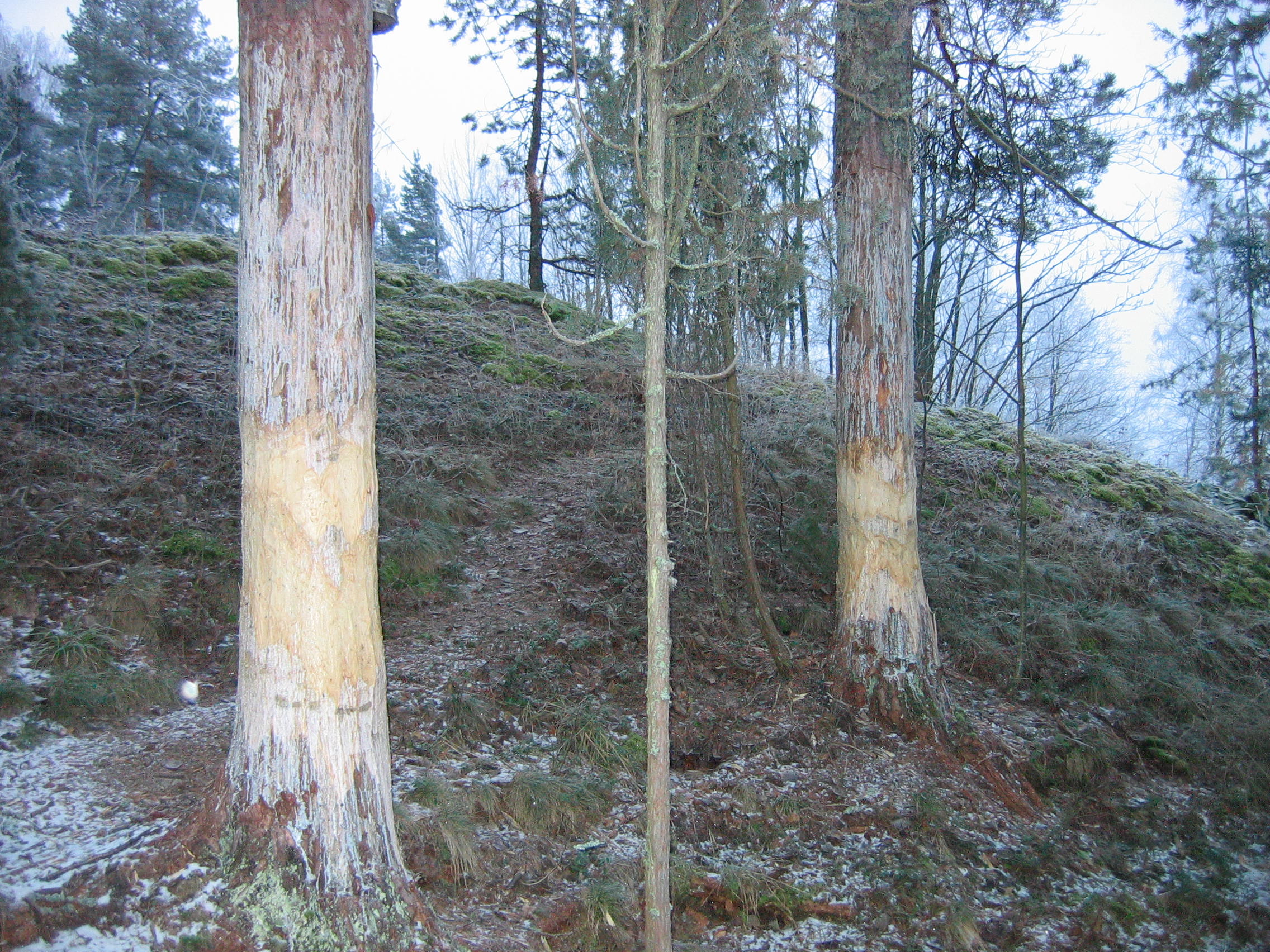 The Barrens are a forbidding land that have sheltered exiles, criminals, and refugees for thousands of years.

Along the border of Midhaven, Minia, Verdant, and Winteren is an enormous pine forest.

Those who dwell in the Barrens are well known as being hostile to any form of governance.

For most of recorded history, the Barrens have been a place of refuge for those hunted and sought after by the Second Empire. Many a rebellious organization has hidden here and plotted against a regime. The dense foliage makes it difficult to send armies within and the residents know many ways to defend themselves against forces many times their size. The Barrens are also home to many exotic and fearsome creature.

Currently, the Barrens are best known as home to great archlich Efthal. Many a necromancer will travel to the Barrens to find this master and study at his bony feet. However, the Efthali only occupy a small part of the Barrens and most of it is still wild and unexplored. Rumors of hidden dragon hordes and brigands' gold still draws fortune-seekers to the Barrens, and often to their doom.