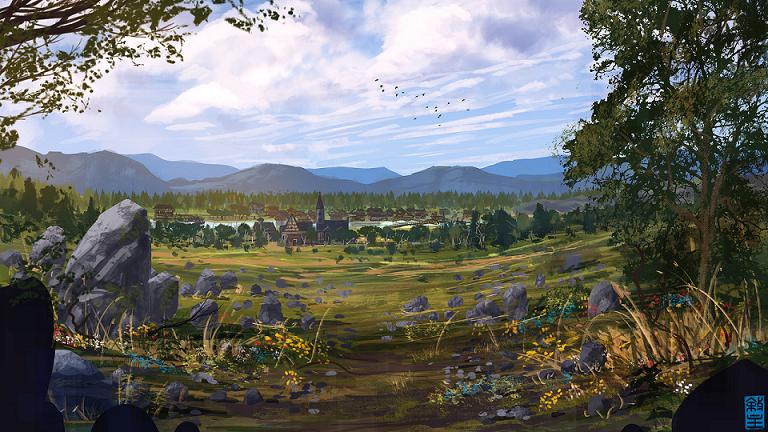 Where to begin? From the ether mists of the ancients was born an island into an endless sea. Elder beings, the titans and their kin, waged war for countless millenia on the soils of that sacred island, their chosen children hiding in the depths of the early mountains all the while. One emerged victorious: the powerful titan Auri, the Overgod. His divine vengeance laid waste not only to the old ones who opposed him, but to the island as well. The earliest recorded history is from these First Days: when Auri created the island of Pansaer anew, and the chosen races emerged from the deeps.

Over the course of three millenia, the world has slowly evolved into what it is nowadays. The years that have passed have not been kind: there's been strife and war, fire and darkness, long ages of hunger and cold. For the continent of Pansaer is not a kindly world: whether it is the fickle cruelty of the titan gods or some precursor curse cast upon the world, everything that takes place seems to twist and turn sour in the end.

Men ironically call this age the Years of Gold, or the Golden Era, for those with gold gleefully trod on those poorer than them. It is an age of rotten nobles and weak kings, of intricate lies and schemes, of death and plague, of coming darkness and threatening cults, of divine anger and fear. An age of that eternal truth:

Life is not fair.