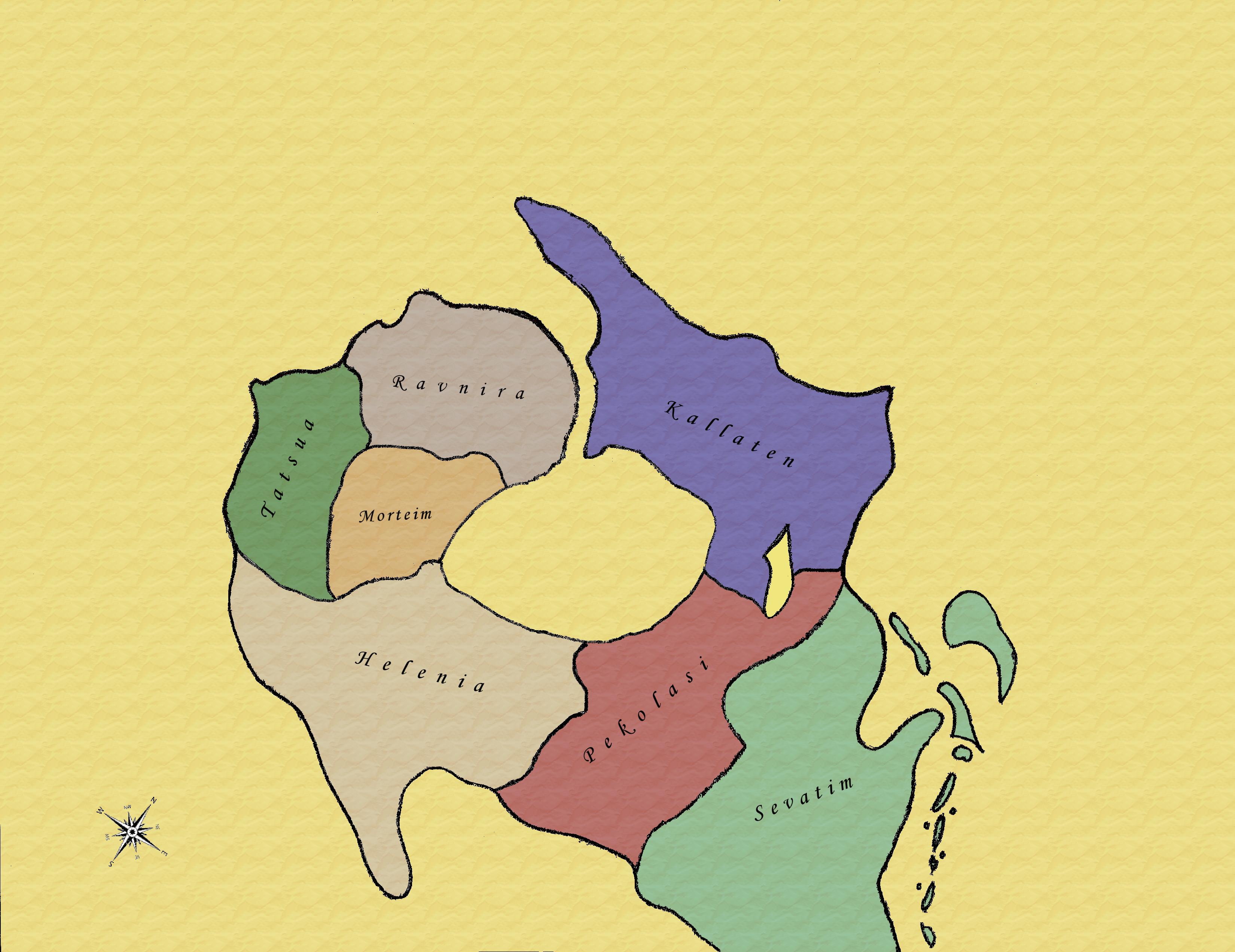 The Vake people used to be a powerful nation on the continent of Caurdya. Hailing from the Jangaphar peninsula, the Vackel Empire used to control most of the land surrounding the Antardesiya Sea. They were overthrown, however, and the remnants of the empire left in a flotilla to find a new home. They found an arpeggio, and built a small nation there, regaining their strength. After resting for a few decades, the flotilla left again to find new land to conquer. They intended to land on Surodya, a continent north of Paramýth and immediately east of Caurdya. Instead, they drifted off course and went too far south, landing in western Paramýth, in what would later be Tatsua. Emperor Aiantos, said, upon seeing Paramýth for the first time "It is as if I have sailed in to a mother's story." The name stuck, and the continent was named for the Vake word Paramýthi, or story. The Vake quickly learned that they were not alone on Paramýth when they ran into a Tiefling raiding party. The party was weak and understrengthed, and the skilled Vake Strelecs made short work of the tieflings. A group of aasimar, having seen the battle, approached the Strelecs to thank them, and they were slain as well. The Vake conquered the waring and weakened planetouched over 23 years, enslaving all of the planetouched that they did not kill in the process of taking the continent, forcing them to build up the Vackel Empire. Emperor Aiantos split the empire into seven imperial principalities: Tatsua (which also contained Lèchardè), Ravnira (which contained Aasimar Westland), Morteim, Sevatim (which contained Vonaisu), Kallaten (which contained the Aasimar Mainland and the Horn), Pekolasi (Middle Tiefling Lands and eastern Badlands), and Helenia (Badlands and Western Tiefling Lands). The Empire lasted for a little over a century, with each princedom developing its own culture and dialects.