They look like humanoid aliens that have a unique alien shaped head, 2 eyes with either the color Yellow, violet, and Red. They have Yakut accents. They only survive on water. They are neither male nor female as they have no sexual parts but instead are genderless though they have talked and act like males they reproduce via eggs so they resemble the Namekians. Sykers have keen intelligence and are very smart. They have considered apex predators thanks to their technology. They fight with laser rifles and jet packs.

The Sykers are smart, cunning and Dare Devils they have keen intelligence and can't have mental disorders as their mental health is perfected

The Sykers live in a classless system and like to develop with technology. They reproduce through being spitting out as eggs and are neither male nor female though they do have male voices. They also have perfected mental health so they can't get mental disorders.

They like the Osarans, Hylvoran, Alterran, Tyrgards, Elves, and dwarfs the most. They are suspicious of humans and despised goblins.

The Sykers were born on the planet Cycorn they were created by evolution from a species known as the Lazarai. When the species were in the middle ages the planet was ravaged by wars with goblins that lasted until the renaissance age was the goblin were fleeing from Cycorn through a magic portal when they were close to extinction and the Sykers ushered in the era of silence an age of peace and salvation. They have invented much-advanced technology for war, civil and resource usage. They now travel the stars for relics of the void gods.

Syker names are a mix of Siberian tribes, magic: the gathering elves and Draenei from warcraft.

Sykers are Apex Inventors of the many galaxies.
Ability Score Increase. Your Dexterity score increases by 1, and your Intelligence score increases by 1.
Age. The lifespan of most Sykers can outlast every race including elves, dwarfs, and gnomes range from 18 to 6000 years. Their lifespans being largely linked to their own development of their perfected evolution.
Alignment. Due to their smart minds they are neutral good by nature.
Size. The Sykers are larger than humans though still medium in stature. Your size is Medium. They are Gender-neutral which means they reproduce by eggs they are 5' 10" in height.
Speed. Your base walking speed is 30 feet.
Combat Masters. You gain ranged weapon and medium armor proficiency.
Apex Minds. Due to the understanding of technologies of old and new you gain +3 on insight.
Techno Knowledge. You gain +3 to tinkering checks.
Languages. You can speak, read, and write Sykerlish, Abberation, and one other language of your choice. 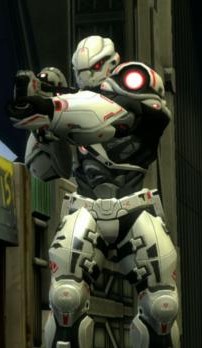 This is what a Syker looks like I don't own this pic it belongs to hybrid owned by 5th cell.