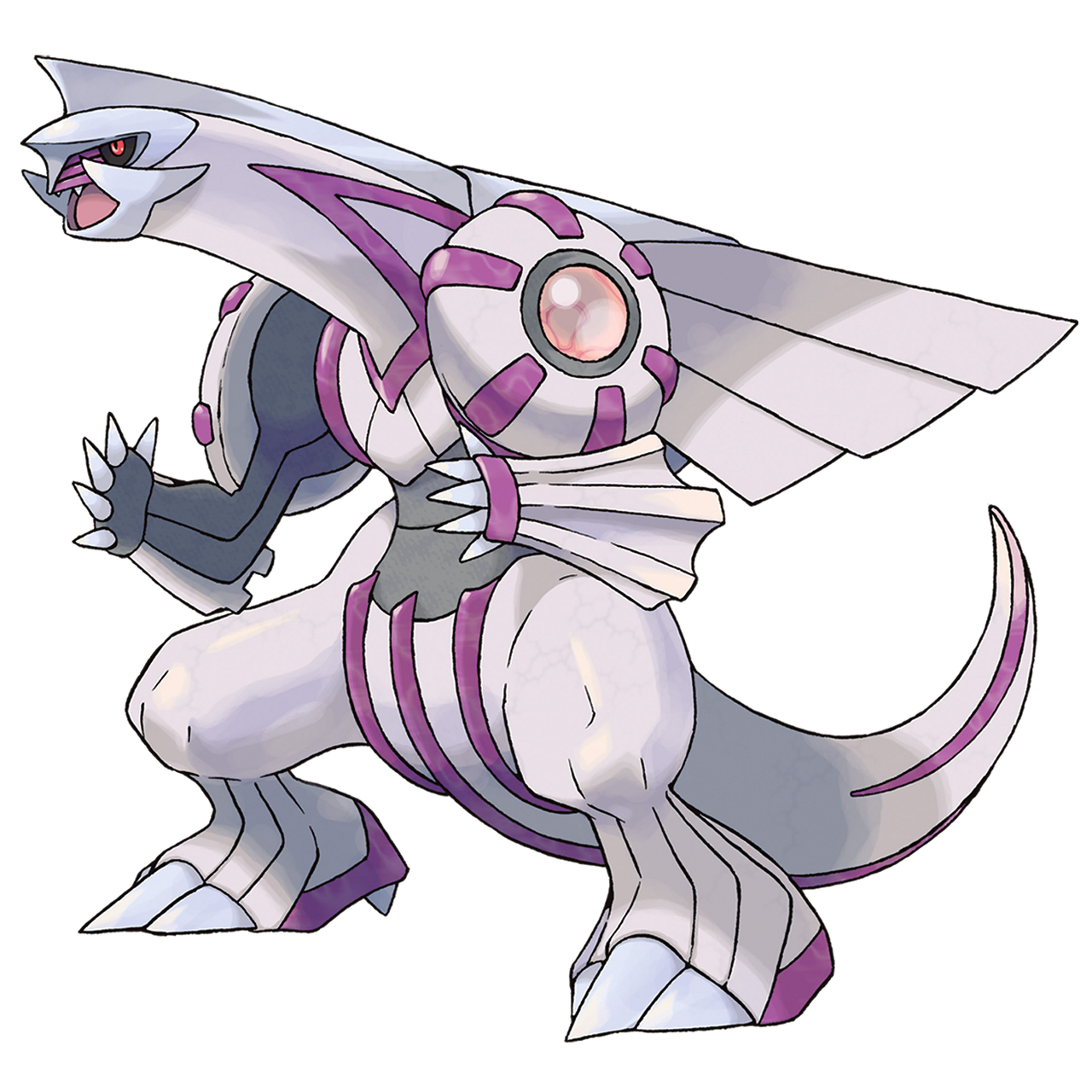 Palkia is a rash and fickle deity. It is often said that Dialga is the most well behaved of the trio of creation, with Palkia and Giratina being the unruly ones. Palkia creates the space with which matter, and thus, life, is constructed of. However, Palkia also has a temperament to tear it down. The jewel on his arms allow him to rend space, making it so it is thoroughly erased. Palkia is known often to be somewhat reckless and not care for the consequences of what he destroys, especially in fights with his hated brother Dialga.

Palkia spends a surprising amount of time in the Elemental Plane of Water as well as the Material Realm. It is said that water was the first matter Palkia created and thus is an important element in association with him. Palkia is said to travel by using the two jewels on its arms to create a barrier around it so it is not only protected, but its flying is amplified in speed.

Sites of worship for Palkia tend to be near water. Those who worship him believe space supersedes time and it is space which allows for life. Material is prone to break however, due to wear and use, and so must be handled with care. What exists should not be taken for granted, for it can be easily gone or deconstructed the next day.

Palkia is a light purple-pink theropod-like Pokémon with stripes and markings of a darker shade and gray underarms and waist. It has round purple-striped plates on its shoulder area, where two large jewels are embedded. These jewels are said to be colored pearls. They each are encrusted with a gray rim encircling them and fins in their back. Palkia's arms have extended formations resembling gauntlets and a purple band around each wrist. Palkia has a long neck, a pointed white crest on the top of its head that extends to its wings, two strong horn-like tusks on the sides of its jaw, and a powerful tail.

There is a coveted orb which is said to allow amplification of Palkia's powers. It is large and smooth, known as the Lustrous Orb. It is a direct counterpart to the Adamant Orb, which is associated with Dialga. If not for the power, people might want it for jewelry.