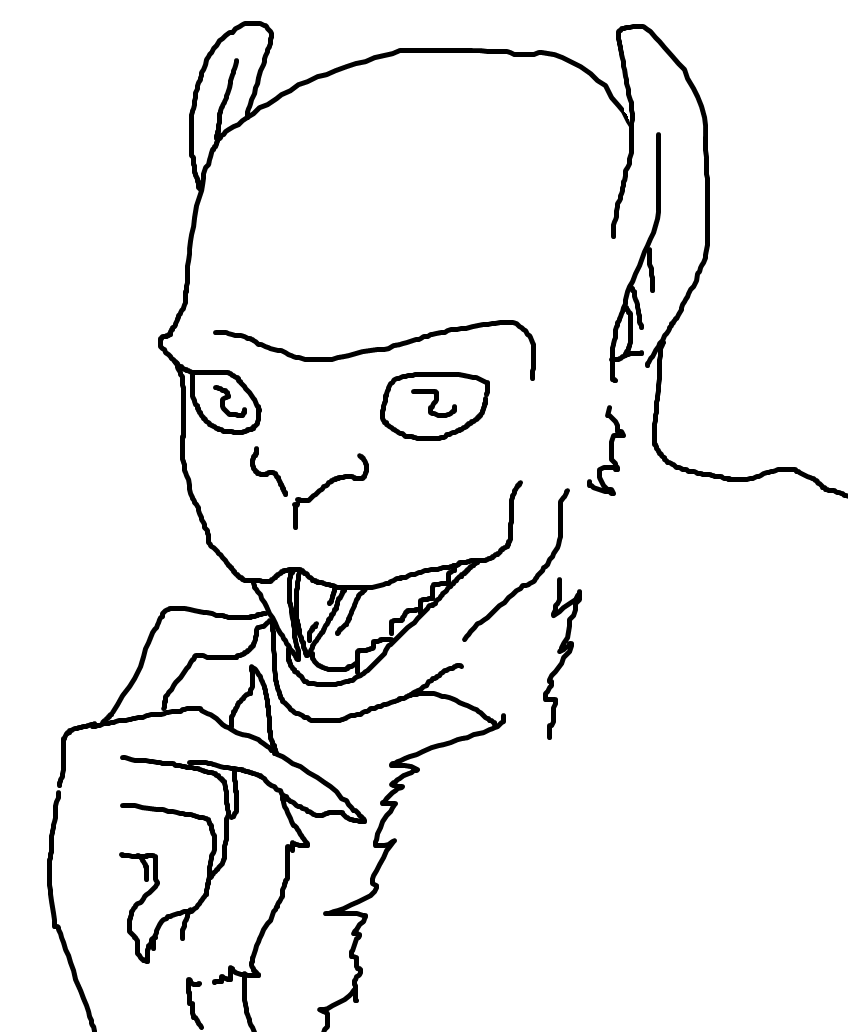 The lepi are creatures that resemble humanoids with lapine traits. Their bodies are covered in fur, and they have long claws like rabbits, with back-bent legs that are very strong to jump. Their faces are a bit disturbing, with a pair of long sharp incisors front and center. The face resembles that of a rodent or rabbit somewhat, with shiny red eyes and a little twitchy nose. Lepine ears extend from further up their skull and grow upward like that of a rabbits. Their tailbone area usually has a small, short, poofy tail like that of rabbits.

The lepi are believed to be former almirajes from the Feywild. While these lapine fodder of the Feywild have been known in the world before, some of them undergo strange transformations when they cross over. The lepi were originally seen as bogeymen of the woods, appearing like strange quadrupedal humanoids that prowled the woods like animals. Later, their villages were discovered in the dense forests and they were normalized as a race. They eventually came into alliances with the elves for protection from orc encroachment on the forest lands.

Lepi live in forest villages that are partially situated underground or near hills where their warrens are. These warrens are where their squirming young are birthed and raised by communal mothers. Males typically go out to find food as well while the largest females serve as village guards. Lepi diet consists largely of the forest vegetation and bounty, though they are known to be frugivores when plants are not available. They do not like changing seasons, preferring a consistent climate to sustain food year round. Lepi litters are huge and depend a lot on the communal effort of everyone to raise.

Freaky lapine humanoids
Ability Score Increase. Your Dexterity score increases by 2 and your Constitution score increases by 1.
Age. Lepi do not live that long and mature quickly at 12. They usually live to about 70 at oldest.
Alignment. Most lepi are neutral and prefer to keep to themselves. But they are friendly towards others of fey origins.
Size. Lepi are a bit short and thin. Your size is Medium.
Speed. Your base walking speed is 35 feet.
Darkvision. You can see in dim light within 60 feet of you as if it were bright light, and in darkness as if it were dim light. You can't discern color in darkness, only shades of gray.
Sensitive Ears. You have advantage in Wisdom (Perception) checks using your sense of hearing.
Fey Origin. You have advantage on saving throws against being charmed, and magic can't put you to sleep.
Leaping Legs. Your long jump is up to 30 feet and your high jump is up to 15 feet, with or without a running start. You cannot jump backwards.
Flight Instinct. Coming from a skittish being like a rabbit, you are able to run fast bursts of speed when needed. When you move on your tum in combat, you can double your speed until the end of the turn. Once you use this trait, you can't use it again until you move 0 feet on one of your turns.
Languages. You can speak, read, and write Common and Sylvan.