They are fast, elegant, and always ready to get down and dirty. It is likely when your team encounters one you'll have a friend for life. 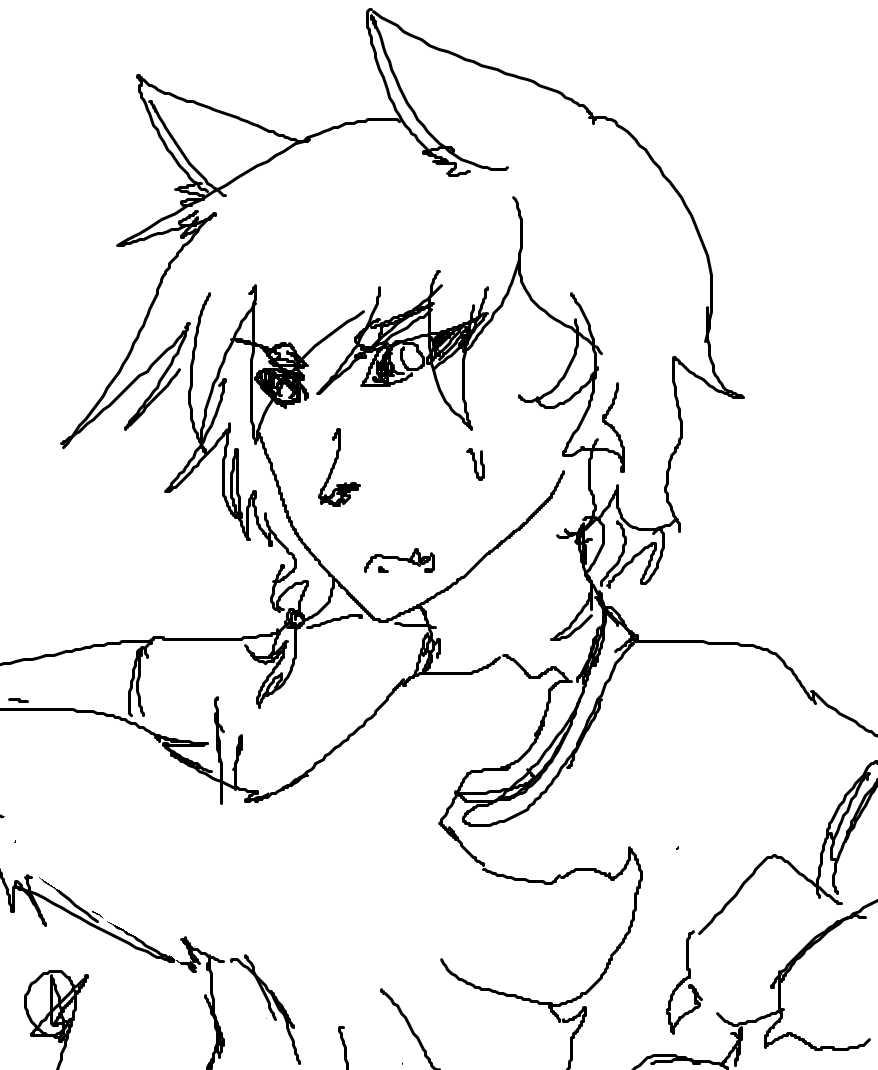 Inuzukis are medium sized humanoids with dog ears, tails, and occasionally whiskers. Some have teeth which protrude from their mouths in long canines. They are passionate and energetic with a vast array of hair and eye colors of almost any combination. The sclera of their eyes is usually black. They have legs bent like that of a dog rather than a human, which is the biggest indicator, after the ears, that they are not human. The other big thing is that, while they have prehensile hands, their forearms are furry and end in large paws.

Inuzuki are household dogs that prolonged their lives through sheer devotion to their masters. Many people were surprised to see their dogs live longer than ten years. These long-lived creatures eventually grow human characteristics, driven by their want to be closer to their masters and bypass restrictions on pets. Unlike inugami, which grow an affinity for magic and are not tethered to a master by emotion, inuzuki are rather average in that they simply gain a humanoid form, but no accompanying magic.

Inuzuki prefer living with a master if they can. This is the main case in some cities or towns. If that is not possible, then they may choose to be with friends. They are extremely friendly and fear loneliness. Packs of wild inuzuki do exist, however. These groups are usually composed of those who lost their master or beloved. They band together due to sharing that feeling of loss. Some inuzuki, however, are not well-received. People don't seem to like waking up to find that their dog has doubled in size and became humanoid overnight. The one odd thing, though, is that inuzuki are never mistaken for lycanthropy victims.

Inuzuki can be found taking the names of common house dogs.

Dog people who have the biggest hearts
Ability Score Increase. Your Strength score increases by 2.
Age. Inuzuki reach maturity twice as fast as humans; at 9 years old their body is equivalent to 18 years old. Then they age normally, but only live to be 80 or so.
Alignment. Inuzuki in general can be shades of neutral to chaotic. It depends mainly on upbringing and location.
Size. Inuzuki stand about as tall as humans. Your size is Medium.
Speed. Your base walking speed is 35 feet.
Keen Senses. You have advantage on Perception checks that rely on smell and hearing.
Sixth Sense. Dogs are aces at noticing subtle changes in the moods and emotions of people close to you. You are proficient in the Insight skill.
Languages. You can speak, read, and write in Common.
Subrace. Choose either the Domestic or Wild subrace.

You live in the safety of the arms of a master or perhaps some figure which cares deeply for you. You reciprocate this feeling and grow with this individual.

Ability Score Increase. Your Charisma score increases by 1.
Domesticated Perks. Living in civilization has you learning a lot. You know one additional language of your choice. Additionally, you are proficient with one artisan's tool of your choice.
Quick Nap. You are used to only sleeping in small spurts. You may sleep 4 hours and benefit from it as a human would from 8 hours of sleep.

Living outside, in nature, allows you to find your old connections to the wild side of you. You shed your connections to civilization after you lost your home somehow.

Ability Score Increase. Your Constitution score increases by 1.
Canine Ancestry. Being closer with your wild side lets you harness its form and shape. As an action, you may polymorph into a dog as per the polymorph spell and back into your true form as a bonus action. This form follows the stat block of a cat. If you are reduced to 0 hit points in this form you revert back into your true form. Any additional damage you take is transferred over.