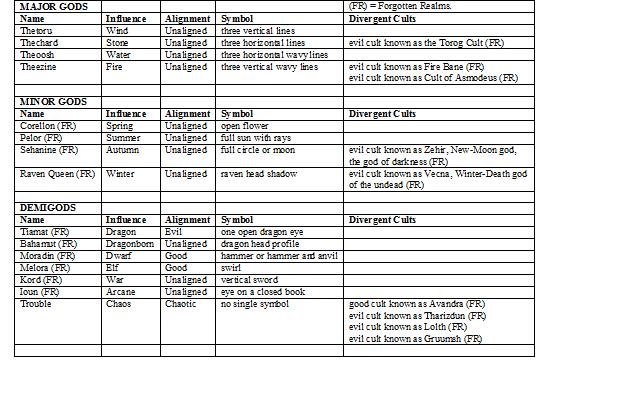 The immortals were once living beings who through heroic actions earned immortality from the Gods. They may have shrines but do not have chapels, temples, worshippers, or clerics. They do not directly serve any specific god but are instruments of action on the physical plane for the gods. All divine immortals have special powers granted to them by the gods, they include untouchable life force, shape shifting, magic resistance, saving throws, planar travel, and sensing ability.