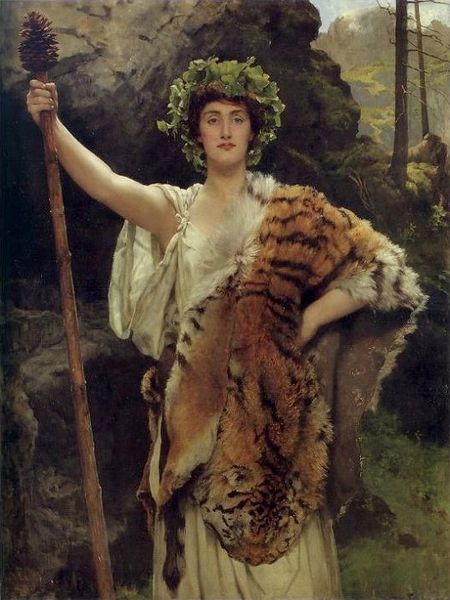 Hart is the Lord of all animalkind. She appears wearing a tiger skin, a wreath of leaves upon her head, and carrying a staff. Hunters and Animal Handlers particularly revere this deity.

Hart demands respect from hunters for the animals that she provides.

She is twin to Heather

Hunting is the most holy and most important thing that men do. Hunting shows that men are the superior animal. You hunt an animal for food or for sport and show that you are superior. When you are successful, you must honor Hart, for she inspires the beast.

The temples of Hart can be found in many cities. The priests there bring exotic animals to live in the temple grounds, usually in cages. Carnivores are especially honored. On holy days, they hold ritual combats of armed men against these animals. The most favored combatants are those that fight unarmed and unarmored.

In the Endhaven setting, Hart is is part of the Charystan Pantheon. She is the patron of the Border League.