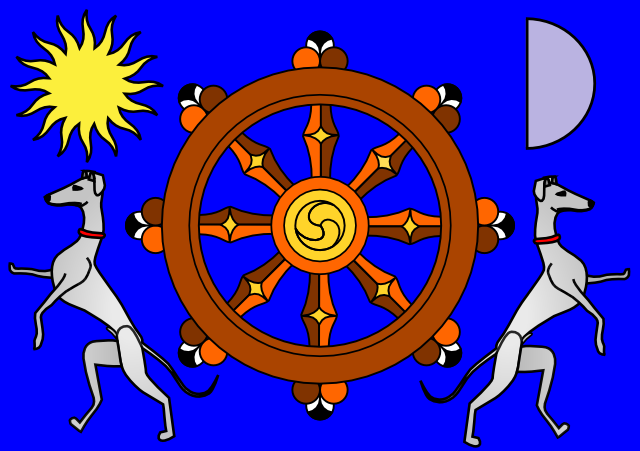 The Far Plane Trading Company began as a trading company before the Wars of Law and Chaos. In needing to defend its interest, it has militarized. At this point, it can accurately be called a trading empire, as it now has sufficient wealth to dominate its so-called trading partners. The FPTC dominates the magical item trade. They buy at half price and sell at full price. In this endeavor, they compete with the Mage's Cooperative, the much more venerable controller of the magic item trade.

The FPTC's primary holdings are in Lawful realms, but its trading posts can be found everywhere.

The Far Plane Trading Company has trading posts all across the Endhavens. Their largest trading stations are full blown fortresses capable of holding back full scale armies.

Those who work for the Far Plane Trading Company are varied as the population. Those who run the company at the highest levels are the most aggressive and the most diplomatic. As the execs say, if your survive an interview with Parsifax, you're the man for the job

The bulk of the workers in the company are ordinary people. They are laborers, guards, traders, buyers, accountants, and clerks. As you go up in ranks to the higher eschelons of power, the culture changes to cut-throat competition, with officers in the company willing to assassinate each other to rise in ranks.

The company expects loyalty and dedication from its employees. Theft and embezzlement will get you killed. Most other crimes will get you kicked out of the company, or worse, transferred to a far worse location.

The FPTC employs its own mercenary army to guards its locations. The FPTC has been known to field private armies in the 70-80,000 man range.

The Far Plane Trading Company was established the Telar the Glib, a bard of exceeding vision and fantastic business sense. He presented his idea to a green dragon called Parsifax. Telar explained how Bellicos had secretly moved into the rulership of the Mage's Cooperative, and how Bellicos was earning a fortune for doing no work. Telar had an idea to make just as much money, if he only had the funding to do so. Parsifax made a business deal with Telar, and the Far Plane Trading Company was born.

Rather than cater to the elite, the FPTC focused on getting exotic and rare goods to the masses. They first focused on building a trading network among the small countries that were not the large empires. This enabled them to get trading rights to areas near the big empires at a fraction of the cost. These small countries were underserved by the existing trading market, and absolutely ignored by the Mage's Cooperative. The venture proved a large success, growing at a steady rate.

When the Wars of Law and Chaos began, they were among the few traders with the resources to move goods during the most dangerous times. They used the necessity of these wars to strike trade agreements with the countries that arose from the disintegrating empires, often posting their own troops there to ensure that these countries established their independence. (These troops also ensure that no other trading companies made their way in, that the Mage's Cooperative could not move in, and that the government stayed somewhat controllable by the FPTC.)

Once the FPTC was strong, it was able to trade access to its new countries with the Mage's Cooperative for access to their areas. This tactic paid off fantastically for Parsifax, making him among the richest of all dragons anywhere.

Parsifax and Bellicos remain at odds. Each wants to dominate. Each wants the riches of the other. The two organizations now consider themselves fully enemies, even if they do cooperate at times, and each is bent on ruining the other.

The FPTC has had considerable difficulty with many of its "new" nations, as these countries have slowly asserted their independence. The Border League has grown out of control, denying the FPTC of Fort Resolute, the premier fortress in the region. The FPTC has been caught transporting slaves in the Vagrant Sea, and employing pirates to fill contracts for those deliveries.

Although the FPTC has only one formal possession, Tasa Kora island, it is in defacto control of numerous small countries who are in debt to the company.