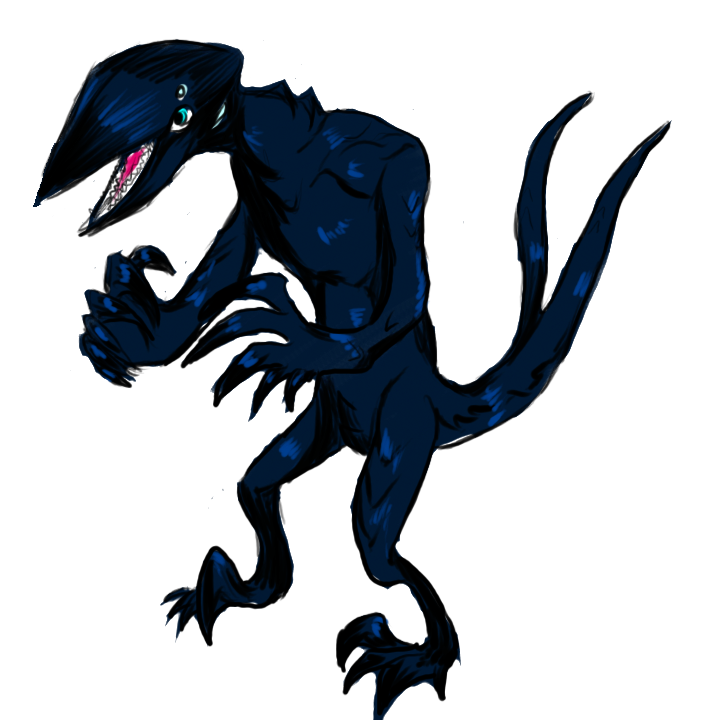 They won't attack unless you provoke them or seem untrustworthy. When they attack, they run. Seriously. They have mastered a 'flight-then-fight' combat strategy. They'll run away and lure you into a place where they have the upper hand.

You honestly have no reason fighting these creatures unless you have a decidedly good reason. Where there's one, there are more nearby and they protect their own. They will retaliate with an absolute vengeance.

Erradiagos will flee once they realize your hostile nature. If you do not pursue, they will reach their settlement and warn the others of your presence. This may make traversing the caves difficult if you encounter the wary village in your path. Erradiagos will pair up and take enemies down strongest-to-weakest with two-man teams. If half of their team falls in battle, the rest will attempt to flee.

Blackvision (Ex): Darkvision up to 80 feet in color. Any light source that gives any illumination within 40 feet of the Erradiago will cause him or her to be blinded.

Tactical Fear (Ex): Erradiagos have +5 to saving throws to resist fear. They also cannot become panicked, but will remain frightened until convinced the danger is over. This is done by another character making a successful diplomacy or bluff roll, DC 10 + 1/2 Erragio's level. Running while frightened is not random. Anytime it would become panicked, it becomes frightened instead.

Stream-lined (Ex): Erradiagos has a +5 racial bonus to Swim, Balance, Climb, and Jump checks due to its aerodynamic exoskeleton.

Skills: Erradiago have a +3 racial bonus on Balance, Climb, Hide, and Search checks.