For who could love the union of a drow and troll? 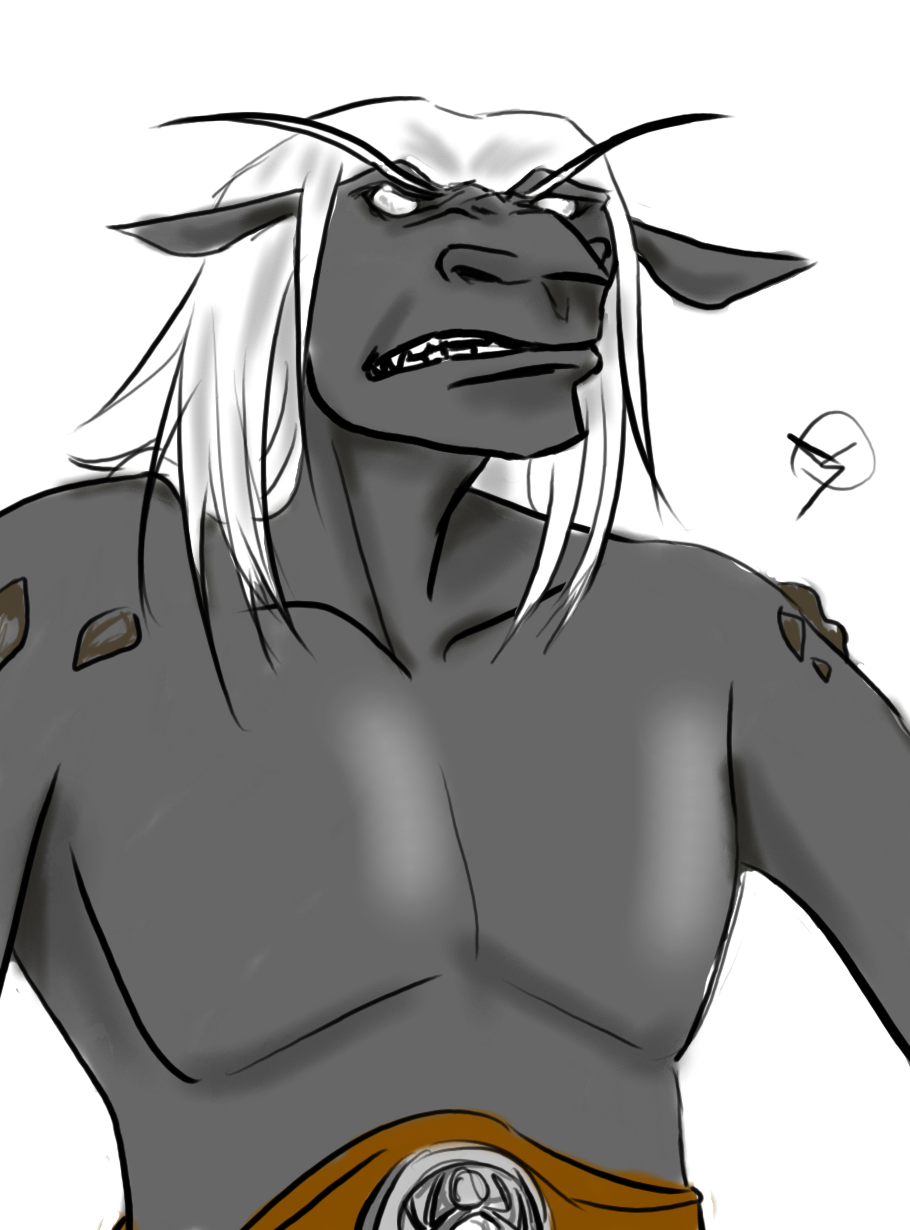 Drolls are the rare offspring between depraved drows and trolls. They have slight snouts like trolls and dark skin like drow. Their long, stringy hair is either darker than their skin or as white as the moon, like their eyes. Like trolls, they have long arms, both strong and flexible. Their stature is lithe and graceful like a drow and their long ears flop just a little from their length. Like drow, they have an affinity for the arcane and magic runs in their blood. They lack the sensitivity to sunlight that drow have, as it is seemingly counteracted by the regenerative properties from their troll parent.

Drows are known for their cruelty and tendency to slave other races of the Underdark and the world above. Trolls were no exception to their cruelty and arrogance. It is said one troll, an oddly intelligent one, was given as a slave to a priestess of Lolth. His intellect intrigued her, despite him being of a lesser species in her eyes. He convinced her of creating a brood from their two races to raise a new generation of powerful worshipers of the spider goddess. So they lay together that night, and she was soon with child. The droll was born and inducted into the ways of Lolth, and the production of drolls became the interest of other Lolth matrons. However, during the year of the Silence of Lolth, the droll broke free of their brainwashed state and escaped the drow cities, many fleeing for the upper levels and the surface. Today, they have reached the world above and live in small numbers among other races, scheming against the spider goddess.

Drolls live among other races due to their sparse numbers. However, they keep to their own and are a close-knit race. Their forms render them outcasts by humans and elves alike. Drolls are highly resourceful and self-sufficient as a group. They will usually eke out livings stealing from more privileged races and performing grisly jobs in the underworld. While not totally evil, they find little more comfort on the surface than in the dark cities below. Their boorish troll appearance also repels many others, and drolls have the temper to match that of their parents. However, one important thing about drolls is their inability to forgive Lolth's enslavement and abuse of her followers. It is said they plot to return to the Underdark someday and end her influence once and for all.

Drolls named each other based on their roles in the society. Their names derive from Drowic and Giant terms, though their surnames are usually completely Drowic.

Drow and troll spawn
Ability Score Increase. Your Constitution score increases by 2, and your Charisma score increases by 1.
Age. Drolls mature at around 20 and live until the middle of their second century.
Alignment. Drolls have been known to be any alignment, but tend towards evil due to their parentage.
Size. Drolls are anywhere from 6 to 7 feet tall, some times over. Your size is Medium.
Speed. Your base walking speed is 30 feet.
Superior Darkvision. You can see in dim light within 120 feet of you as if it were bright light, and in darkness as if it were dim light. You can't discern color in darkness, only shades of gray.
Fey Ancestry. You have advantage on saving throws against being charmed, and magic can't put you to sleep.
Keen Smell. You have advantage on Wisdom (Perception) checks that rely on smell.
Drow's Magic. Your drowic blood affords you the power to cast dark magic innately. You know the toll the dead cantrip. Charisma is your spellcasting ability for this spell.
Languages. You can speak, read, and write Common, Drowic, and Giant.

When creating a droll character, you can use the following table of traits, ideals, bonds and flaws to help flesh out your character. Use these tables in addition to or in place of your background's characteristics.

While often ill-tempered and brash, drolls display willingness to open up if given the rare chance.