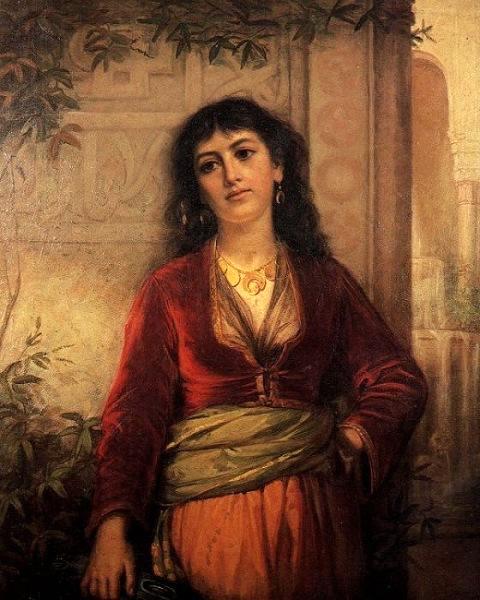 Artemesia hails from a village terrorized by dire rats. Her parents died in a particularly vicious attack. The rats were eventually killed by Sir Silvershield during his first mission. He personally rescued Artemesia.

With her parents now dead, and her being the oldest, Artemesia was left with seven mouths to feed. Having pity on her, Sir Silvershield found her the Job's Clerk position in the Department of Underground Services, where she coordinates missions and payments with freelance adventurers. Artemesia rather dislikes the position, but feels that she has nowhere better to go. She needs this job. She would like the job far more if Sir Silvershield could get any promotion and go elsewhere. Her goal in life is to make Sir Silvershield look so good that he gets that promotion.

As a member of the Department of Underground Services, Artemesia is trained in producing legal documents for her department, giving her a +10 circumstance bonus to produce (forge) documents for the department.

Artemesia wields the true power in the Department. She makes the place run despite Sir Silvershield. She knows how to get around bureaucratic problems, including bribery, forgery, and outright lying. She regularly bamboozles Sir Silvershield and has demonstrated an uncanny knack for foiling the Thieves' Guild without getting a dagger in her back.