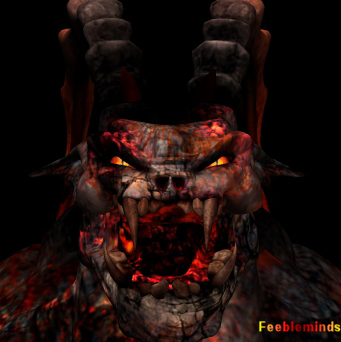 Werepyres are a mixture of werewolves and vampires they look like werewolves with black fur and red eyes.

This is an aquired template that can be applied to humanoids (referred to hereafter as the base creature).

Increase all current and future Hit Dice to d12s.

Retains ability to use manufactured weapons gains a claw attack which does 1d4 damage and a bite that does 1d6 damage.

Loses the ability to cast spells with verbal components.

As natural lycanthrope with the base animal of wolf in its hybrid form and vampire.

Same as base creature +5.