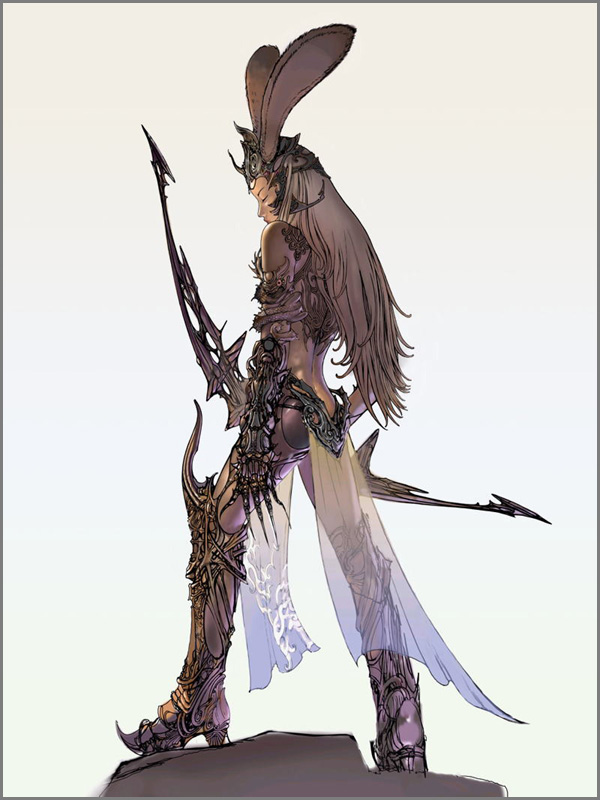 A mostly female race of agile rabbit-like folk. The males are few in number and are rarely seen due to the protection they are put under at birth.

Viera are more bold than the animal they resemble and will not think twice about anybody that dare lays a harmful hand on the forests they live in.

Viera are tall and lithe, with short brown fur that covers most of their body and long white hair. Despite their rabbit-like appearance, they have no tail.

Viera get well along with elves who share a love for the wilderness they live in and are not afraid to back either up when pressured.

Viera are usually good, but not often lawful or chaotic.

Vieras can be found mostly in the forests of Ivalice, their cities built off the very living trees. Outside of Ivalice, many viera can be seen in and around elven societies.

Vieras don't often worship deities, but show great reverence for the spirits of land instead. A deity a veira would worship would likely have a nature-based domains, such as the Air, Animal, Earth, Fire, Plant, Sun, Water, and Weather domains.

At birth, a Viera Soul-Seer will commune with the spirits of the child's ancestors and see into her future. Upon discovering what the child will become, the Soul-Seer grants her a name appropriate to the seen future. Such names may translate into Common as "Forest Protector", "Nature Speaker", "Love Binder", and "Bow Master", as examples.

Outsiders and elementals are not magical in themselves, but if they are summoned, the conjuration spell registers.