"What manner of man asks plainly for his head to be cut off? You are no knight, you are a trickster!" -Sir Gawain 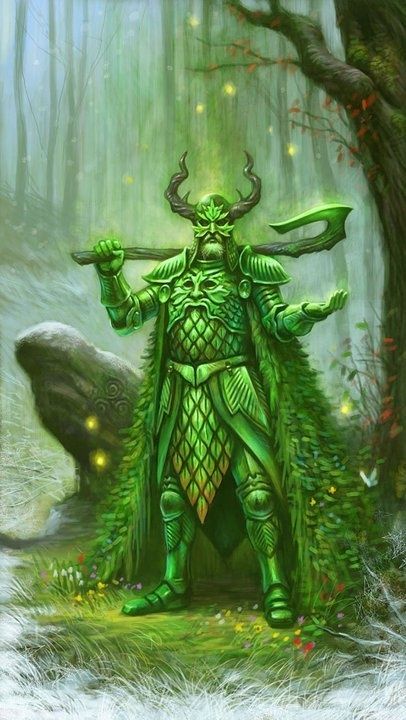 The Trickster Knight combines the martial mastery common to all fighters with a careful study of magic, using techniques similar to those practiced by wizards to enhance their fine-honed skills of agility and stealth. They learn a comparatively small number of spells, committing them to memory instead of keeping them in a spellbook. These roguish fighters include pranksters, mischief-makers, and a significant number of adventurers.

You can make a Trickster Knight quickly by following these suggestions. First, Intelligence should be your highest ability score, followed by Strength. Second, choose the Knight background.

As a Trickster Knight you gain the following class features.

You augment your martial prowess with the ability to cast spells.

The Trickster Knight Spellcasting table shows how many spell slots you have to cast your spells of 1st level and higher. To cast one of these spells, you must expend a slot of the spell's level or higher. You regain all expended spell slots when you finish a long rest.

You start off at 1st level with Mage Hand. At 2nd level, you learn one cantrip of your choice from the Trickster Knight spell list. You learn additional cantrips at 3rd and 10th level.

You know three 1st-level Trickster Knight spells of your choice, two of which you must choose from the enchantment and illusion spells on the spell list.

The Spells Known column of the trickster knight Spellcasting table shows when you learn more spells of 1st level or higher. Each of these spells must be an enchantment or illusion spell of your choice, and must be of a level for which you have spell slots. For instance, when you reach 7th level in this class, you can learn one new spell of 1st or 2nd level.

The spells you learn at 8th, 14th, and 20th level can come from any school of magic.

Whenever you gain a level in this class, you can replace one of the spells you know with another spell of your choice from the Trickster Knight spell list. The new spell must be of a level for which you have spell slots, and it must be an enchantment or illusion spell, unless you're replacing the spell you gained at 3rd, 8th, 14th, or 20th level from any school of magic.

Spell save DC = 8 + your proficiency bonus + your Intelligence modifier

You adopt a particular style of fighting as your specialty. Choose one of the following options. You can't take a Fighting Style option more than once, even if you later get to choose again.

You gain a +2 bonus to attack rolls you make with ranged weapons.

When making a ranged attack while you are within 5 feet of a hostile creature, you do not have disadvantage on the attack roll. Your ranged attacks ignore half cover and three-quarters cover against targets within 30 feet of you. You have a +1 bonus to attack rolls on ranged attacks.

While you are wearing armor, you gain a +1 bonus to AC.

When you are wielding a melee weapon in one hand and no other weapons, you gain a +2 bonus to damage rolls with that weapon.

When you roll a 1 or 2 on a damage die for an attack you make with a melee weapon that you are wielding with two hands, you can reroll the die and must use the new roll, even if the new roll is a 1 or a 2. The weapon must have the two-handed or versatile property for you to gain this benefit.

As long as you are not wearing heavy armor or using a shield, you have a swimming speed and a climbing speed equal to your normal speed, and you gain a +1 bonus to armor class.

When a creature you can see attacks a target other than you that is within 5 feet of you, you can use your reaction to impose disadvantage on the attack roll. You must be wielding a shield.

As a bonus action, you can enter a defensive stance that lasts until the start of your next turn. While in your defensive stance, you can make opportunity attacks without using your reaction, and you can use your reaction to make a melee attack against a creature that moves more than 5 feet while within your reach.

When you engage in two-weapon fighting, you can add your ability modifier to the damage of the second attack.

Being unable to see a creature doesn’t impose disadvantage on your attack rolls against it, provided the creature isn’t hidden from you.

When a creature you can see hits a target that is within 5 feet of you with an attack, you can use your reaction to reduce the damage the target takes by 1d10 + your proficiency bonus (to a minimum of 0 damage). You must be wielding a shield or a simple or martial weapon to use this reaction.

You can draw a weapon that has the thrown property as part of the attack you make with the weapon. In addition, when you hit with a ranged attack using a thrown weapon, you gain a +1 bonus to the damage roll.

Also at 1st level, when you cast Mage Hand, you can make the spectral hand invisible, and you can perform the following additional tasks with it:

You can perform one of these tasks without being noticed by a creature if you succeed on a Dexterity (Sleight of Hand) check contested by the creature's Wisdom (Perception) check.

In addition, you can use the bonus action granted by your Cunning Action to control the hand.

At 2nd level, you learn a ritual that creates a magical bond between yourself and one weapon. You perform the ritual over the course of 1 hour, which can be done during a short rest. The weapon must be within your reach throughout the ritual, at the conclusion of which you touch the weapon and forge the bond.

Once you have bonded a weapon to yourself, you can't be disarmed of that weapon unless you are incapacitated. If it is on the same plane of existence, you can summon that weapon as a bonus action on your turn, causing it to teleport instantly to your hand.

You can have up to two bonded weapons, but can summon only one at a time with your bonus action. If you attempt to bond with a third weapon, you must break the bond with one of the other two.

Beginning at 7th level, when you use your action to cast a cantrip, you can make one weapon attack as a bonus action.

Starting at 9th level, if you are hidden from a creature when you cast a spell on it, the creature has disadvantage on any saving throw it makes against the spell this turn.

At 10th level, you learn how to make your weapon strikes undercut a creature's resistance to your spells. When you hit a creature with a weapon attack, that creature has disadvantage on the next saving throw it makes against a spell you cast before the end of your next turn.

At 13th level, you gain the ability to distract targets with your Mage Hand. As a bonus action on your turn, you can designate a creature within 5 feet of the spectral hand created by the spell. Doing so gives you advantage on attack rolls against that creature until the end of the turn.

At 15th level, you gain the ability to teleport up to 30 feet to an unoccupied space you can see when you use your Action Surge. You can teleport before or after the additional action.

At 17th level, you gain the ability to magically steal the knowledge of how to cast a spell from another spellcaster.

Immediately after a creature casts a spell that targets you or includes you in its area of effect, you can use your reaction to force the creature to make a saving throw with its spellcasting ability modifier. The DC equals your spell save DC. On a failed save, you negate the spell's effect against you, and you steal the knowledge of the spell if it is at least 1st level and of a level you can cast (it doesn't need to be a Trickster Knight spell). For the next 8 hours, you know the spell and can cast it using your spell slots. The creature can't cast that spell until the 8 hours have passed.

Once you use this feature, you can't use it again until you finish a long rest.

When you reach 20th level, you can make one weapon attack as a bonus action when you use your action to cast a spell.

At 3rd level, you chose a method to your madness. Choose between Trickery or Treachery, both detailed at the end of the class description. Your choice grants you features at 3rd level and again at 5th, 11th, and 18th level.

Blessing of The Trickster

Starting 3rd level, you can use your action to touch a willing creature other than yourself to give it advantage on Dexterity (Stealth) checks. This blessing lasts for 1 hour or until you use this feature again.

At 5th level, you also have advantage on melee attack rolls against any creature that has one or more of its allies within 5 feet of it.

At 11th level, you can become invisible until the end of your next turn as an action. You become visible if you attack or cast a spell.

Finally at 18th level, you can create an illusory duplicate of yourself.

As an action, you create a perfect illusion of yourself that lasts for 1 minute, or until you lose your concentration (as if you were concentrating on a spell). The illusion appears in an unoccupied space that you can see within 30 feet of you. As a bonus action on your turn, you can move the illusion up to 30 feet to a space you can see, but it must remain within 120 feet of you.

For the duration, you can cast spells as though you were in the illusion's space, but you must use your own senses. Additionally, when both you and your illusion are within 5 feet of a creature that can see the illusion, you have advantage on attack rolls against that creature, given how distracting the illusion is to the target.

Starting at 3rd level, you can magically make a weapon deadlier. As a bonus action, you touch one weapon or piece of ammunition and conjure a special poison on it. The poison lasts for 1 minute. The next time you hit a target with an attack using that weapon or ammunition, the target takes poison damage immediately after the attack. The poison damage equals 2d10 + your paladin level, or 20 + your Trickster Knight level if you had advantage on the attack roll.

Once you reach 11th level, you have the ability to slip away from your foes. Immediately after you are hit by an attack, you can use your reaction to turn invisible and teleport up to 60 feet to a spot you can see. You remain invisible until the end of your next turn or until you attack, deal damage, or force a creature to make a saving throw. Once you use this feature, you must finish a short or long rest before you can use it again.

Finally at 18th level, you gain the ability to emanate feelings of treachery. As an action, you can magically become an avatar of deceit, gaining the following benefits for 1 minute:

Once you use this feature, you can’t use it again until you finish a long rest.

You know all of the spells on the basic spell list and additional spells based on your subclass.