Can love bloom, even between a Mind Flayer and a turtle? 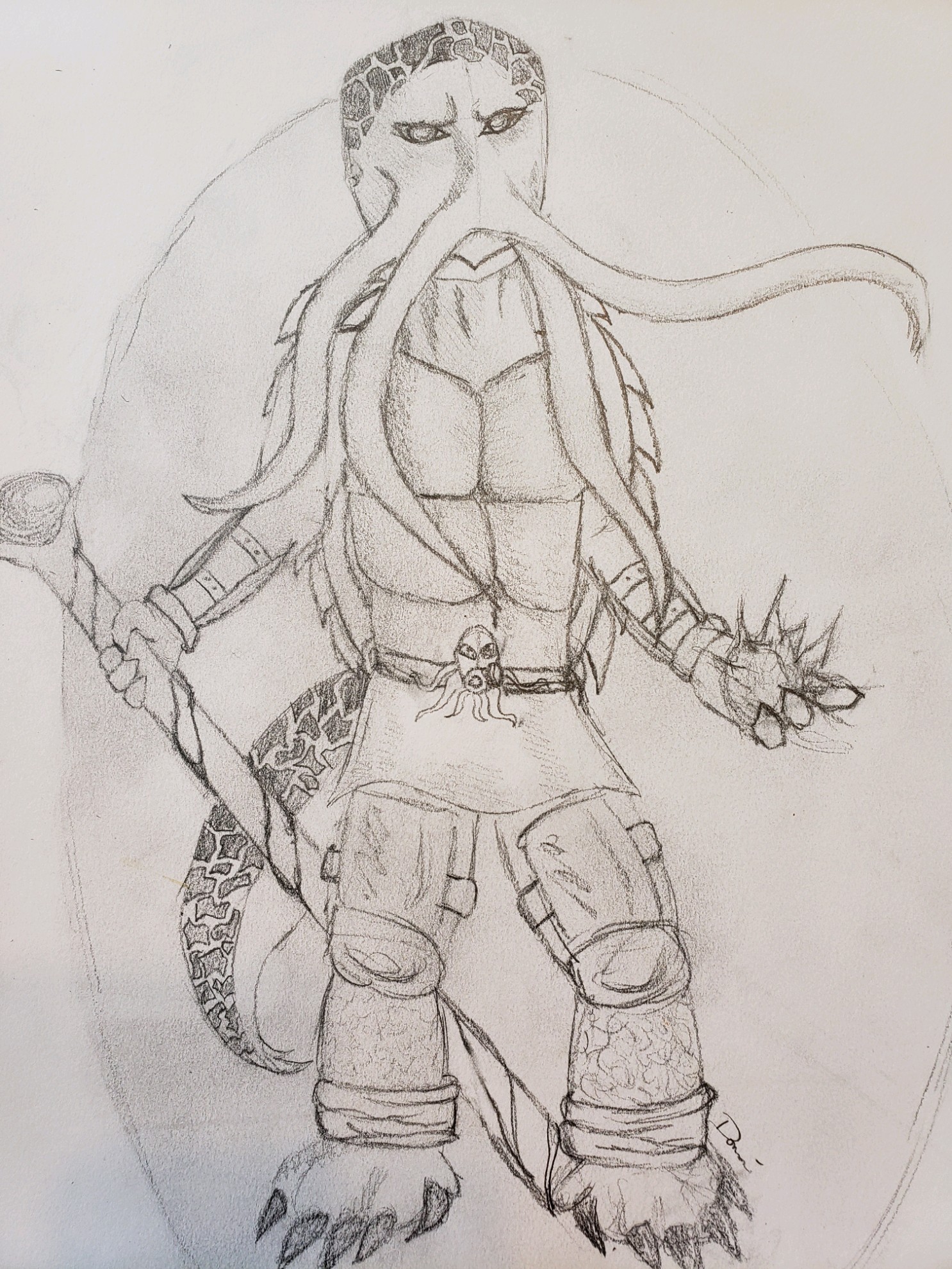 The tortithid resembles a tortle in most aspects, with the exception of four tendrils surrounding the beak, two on each side, similar to Predator's fanged jowls.

Under normal circumstances, an illithid/mind flayer will reproduce by implanting a tadpole-esque offspring into a victim's skull. In the case of the tortithid the tadpole was implanted into a female tortle carrying eggs before laying them. This caused the illithid genes to mix with the tortle's embryonic offspring, giving creation to a tentacle-faced psionic wielding turtle creature loosely connected to the illithid Hive Mind, giving them information on their social practices and norms but not putting them under the control of the Elder Brains. Not much else about the tortithid has been revealed to outside races, as they tend to stay secluded from society and each other due to the general distrust of the illithids.

Typically hermits, the tortithid live alone, not interacting with others much in fear of being persecuted because they have very obvious illithid traits, but have been known to form temporary alliances with others and commonly will keep pets as they enjoy the company of another entity, so long as they aren't treated unfairly simply because they have illithid genes in their DNA. Every 100 years the tortithid males and females will seek each other out to mate briefly and then part ways. Hatchlings will emerge from their shells with the innate desire to live in solitude. Due to their high proficiency for psionic abilities, they tend to stray from any use of magic or sorcery. However, since they do not live in communities they aren't bound by this and are free to practice whatever arcane arts or psionics they wish; as well as choosing their own religious beliefs, or lack thereof. Being part illithid does give them the hunger for brain matter, but the more peaceful tortithids will follow the practices of the rogue illithids and cultivate moss that when grown in large quantities becomes pseudo-sapient to sate their hunger.

Tortithid names tend to be, like them, an amalgamation of illithid and tortle names.

Amalgamation between alien aberration and turtle, gives these creatures varying traits from both races
Ability Score Increase. Your Intelligence score increases by 2, and your Constitution score increases by 1.
Age. varying between 280 to 350 years of age. the average is about 325.
Alignment. Living alone gives them the option to be any alignment they see fit, but most fall into chaotic neutral.
Size. Your size is Medium.
Speed. Your base walking speed is 30 feet.
Shell. You have a hard shell that protects you from harm and prevents you from wearing armor. Your Armor Class is equal to 12 + your Constitution modifier.
Retreat to Shell. As an action, you can pull your head and limbs into your shell for up to an hour. While retreating, you are prone, and unable to do anything except leave the shell, as an action. You are resistant to non-magical piercing, slashing, and bludgeoning damage while you have retreated into your shell.
Devour Brain. When you reduce a living creature within 5 feet of you to 0 hit points, you can, as a reaction, devour their brain completely gaining temporary hit points equal to your Constitution modifier + your proficiency bonus. In addition, you may receive the answer to one question that the consumed brain knew the answer to. This creature must have a size of Medium or smaller. Alternatively, you may consume the brain of a creature that has died within the last minute and gain the same benefits. You regain use of this trait once you complete a long rest.
Mind Blast. You can use your action to emit a psionic blast in a 15-foot cone dealing psychic damage. When you use your mind blast, each creature in the area of the blast must make a Intelligence saving throw. The DC for this saving throw equals 8 + your Intelligence modifier + your proficiency bonus. A creature takes 2d6 damage on a failed save, and half as much damage on a successful one. If a creature fails their save by 10 or more they are also stunned until the end of their next turn. The damage increases to 3d6 at 6th level, 4d6 at 11th level, and 5d6 at 16th level. After you use your mind blast, you can’t use it again until you complete a long rest.
Telepathy. You can communicate mentally with another creature that knows at least one language within a 30 foot radius. This creature doesn't need to share a language with you but unless they have telepathy themselves they can only receive and respond but can't initiate or terminate a telepathic conversation. You must be conscious to use this trait and cannot telepathically communicate with multiple creatures at once.
Languages. You can speak, read, and write Common, Aquan, and Deep Speech.