Trolls have been harassing merchants, capturing them, and demonstrating their superiority throughout the lands. The players must stop them, their operation, and restore the lands to a state where they can continue to progress. Treasure also seems like a promising find for the player's, in such an operation!

Thumpin the Thuggins is a quest suitable for a party of 4-6 6th level characters. It is divided into 4 parts and should be playable in a 3-4 hour session (30 min to 45 min per part plus the hook). The quest is not a straight out dungeon crawl, but does have a heavy combat element involved.

The quest is tied to the Pandlechron setting, in particular the town of Minett. The quest should be able to be inserted into any game, since there is no campaign setting specific information required.

Greebo is a Goblin that somehow has convinced a group of Trolls called the "Thuggins" that he ought to be their boss. Even though the idea seems absurd, Greebo has turned the dim-witted band of giants into a cunning and powerful adversary to all local law. Even more oddly enough, ever since Greebo has taken the lead, the "Thuggins" have not killed a single person when raiding local farms for food.

When the group is shopping in town or traveling through the town a nearby merchant group (3 members) are attacked by the "Thuggins". All of the sudden, 10 invisible Trolls appear. Three of the Trolls grapple the merchants, three others start pounding the snot out of the grappled merchants, and the other four go to hold off any people trying to get in the way (party).

If the party manages to put up a good resistance, a Troll will yell out in Giant "focus your efforts to get the merchants. Don't bother with anyone else". At this point all the remaining Trolls will try to grab the merchants and run off with them.

If the group pursues them, they will run into a nearby jungle where due to their knowledge of the land, they can navigate at full speed instead of half speed.

Stage One: Tracking down the Thuggins[edit]

A Gather Information check DC 12 will reveal that the merchants that were captured are actually not well liked in the town by several individuals because they are reputed to trade with the "Thuggins" gang.

With this information, the group can try to find out more information about where the trades took place. Another merchant in the town, Phil McFarson, has the information, but is reluctant to talk for fear of retaliation by the gang. Some solid reasons from the group will help him reveal some information, and a Diplomacy check DC 17 will help seal the deal. Depending on the way the PCs roleplay their interactions with Phil McFarson, you should try to have him get gold for his information. Phil is a swindler through and through and will try to sell the players Alchemist's Fire flasks (20 gp) and acid flasks (10 gp) during the conversation at a 50% markup on normal retail value (30 gp, 15 gp), suggesting that "they are the best way to fight Trolls". He will try as much as possible to railroad any conversations into a sales pitch.

Phil's information will lead the group to Part ii.

The group can also Track the group of Trolls with a Survival check DC 17 +1 per hour since the merchants were captured (the jungle has constant rainfall), -1 per three trolls that escaped.

Total XP value for this encounter 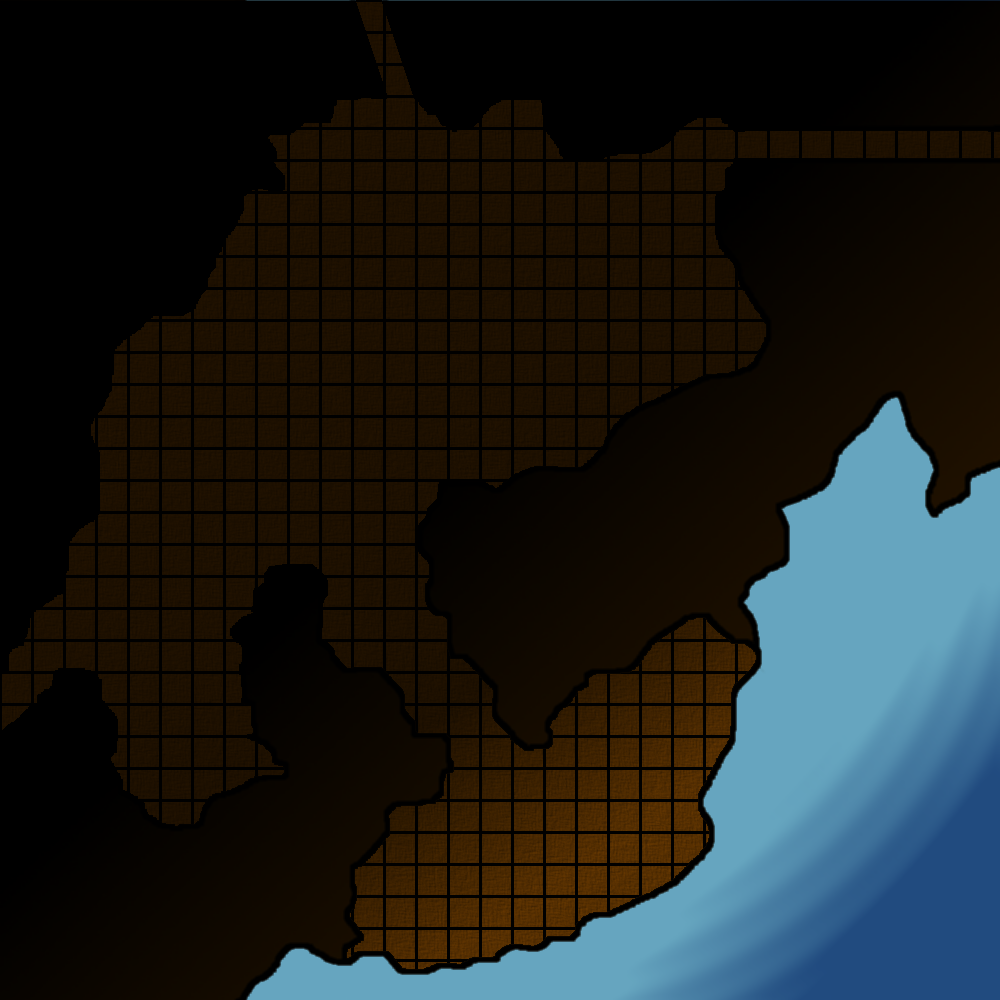 The location the tracks (and Phil's information) leads to is a cliff-side entrance to a cave. To get to the entrance the group will have to find a way to lower themselves 50 feet.

Inside the entrance to the cliff is a sleeping Behir. It guards the different passages into the "Thuggins" base of operations.

The creature sleeps on a shelf 20ft above the entrance to the cave and its snore can be heard with a Listen check DC 12. It has a listen modifier of -8 (+4 base, -10 sleeping, -2 distance), though an unaware group will have a DC 0 for it to notice them every minute they spend in the entry chamber. If awakened, it will emit a loud yell, try to grapple and swallow the smallest foe it sees, and then it will try to climb up onto a shelf 40ft up that has complete cover.

DM's Note: This encounter is expected to deplete a lot of resources from the group. The Behir is a cunning and powerful adversary and may even kill a party member!

Stage Two: Through the Trapacombs[edit]

The eastern path out of the chamber leads to a room that contains a table with several sets of cards and dice. Soot lines the walls and there are several long burnt out cigars. A lamp is the only thing other than cards, dice, and ash sitting on the table and it is half filled with oil.

The northern path leads to a secret one-way stone door out of the cavern disguised in the rock face outside.

After the group has tried 2 of the paths and are entering the main chamber, they see a group of 3 trolls fall down to the entrance to the cavern (each taking 5d6 non-lethal damage). If they have not defeated the Behir it exits the cavern to scout the area while they are exploring the first tunnel. The trolls immediately attack, attempting to grapple, pin, and deal non-lethal damage to their foes (equal to their claw damage). The party could be captured here (and that is ok), but likely they will defeat the trolls.

Through the door lies a corridor that is trapped with many non-lethal traps to a Troll. To the Trolls it is an annoyance, but gives the protection they need from outsiders. Each trap can fire once per round (so theoretically a group can have their most nimble or toughest bolt down the corridor and have the rest of the party in hot pursuit so that only the person in the front gets attacked).

If you are using action points and someone wants to attempt running down the corridor, give them 2 bonus temporary action points for this encounter.

A 100 foot wide crevasse is up ahead. There is a rocky ledge spanning the outer wall of the crevasse and it spirals downwards. The crevasse is about 500 feet deep, and the ledge makes about 12 rotations down, so the total distance they will have to walk is about 4100 feet.

The entire time, they can hear loud laughter, singing, and cheering in Giant below. If they go slowly they have no chances of causing a rock cascade (which will alert the Trolls below). If they go at a normal pace, have each member in the group make a Reflex Save DC 10 for every 100 feet they descend. If they fail, rocks fall down and the Trolls below will be alerted to the group's presence.

When they are about 260 feet from the top have the person leading the group make a Spot check DC 13. They get a +2 bonus if they have a bonus to notice unusual stonework (ie. Dwarves). If they fail have them make a Reflex Save DC 12 or Balance check DC 15 or they fall to the bottom of the crevasse! This deals 10d6 fall damage and 1d6 bludgeoning damage from the stones. It also creates a 10 foot gap in the ledge (Jump DC 10). If they spot it, they will still need to make this jump (to avoid the crumbling section).

DM's Note: This trap will likely kill the character that fails the saving throw (or balance check). I set the DC lower for this reason. Keep in mind that when the character falls down the crevasse, the Trolls at the bottom will investigate. They will not kill, but capture the character if he is still alive. They will also try to stabilize him if he is dying. They will then carry him to their prison.

The group may already be in the prison at this point or they may listen to the Trolls talk to the merchants if they successfully sneaked down the crevasse. If the Trolls were alerted they will go straight into combat. It is possible for the group to altogether avoid a fight here.

The Trolls are interrogating the merchants about their affiliations with Vecna. They will use the occasional punch, but they are not trying to seriously hurt any of their prisoners. An astute character can use a Knowledge (Religion) check to notice that the entrance to the cave room the trolls are in has a crest of St. Cuthburt (a generally "good" God).

There are 6 Trolls in the room and they will try to grapple down and deal non-lethal damage to the party. This is meant to be a losing battle. One of the Trolls is a paladin and he has seen the light of Cuthburt. He has actually converted this group of Trolls to the religion (even though they don't completely understand the religion).

Either way, after the battle, proceed to Stage Four.

A captured group will be put into manacles, a group that beat the Trolls will fight Greebo directly.

The masterwork manacles have a Strength DC 28 and Escape Artist DC 35. The cell contains the entire party and has a permanent Antimagic Field present.

Greebo is an abusive and nasty goblin. If the group is captured, he will come in their cell to torture them for fun before going out to the common area to count his gold. He won't answer any of the party's questions and he might even cut out the tongue of someone who won't shut up.

After four hours, he will decide that the group really poses no threat and will remove all their equipment and then release one of the party member's manacles. He usually picks the scrawny looking ruffian (party "rogue"). He will then demand that they polish his disgusting boots. Note that the party has healed 4 times their character level in nonlethal damage at this point.

This will be the party's chance to strike. Greebo will come back in 10 minutes, but he will also come back if he hears loud noises. If the free character lets Greebo bind him back up, the party will be in a lot of trouble. Greebo will lock the iron doors and then leave for a few days on another crusade with the Thuggins. The party will have to escape the bindings or die of dehydration.

If the group manages to kill Greebo when they have the chance, the Thuggins will come in to confront them again. They will see Greebo's true form, unhidden by illusions and realize that Greebo may have been evil. The Troll leader mentions what lead them to follow Greebo in the first place; they were interpreting advice from a Lizardfolk Bog Queen. She told them something apparently of significance to all of Sapparizan:

The Trolls, interpreted this to mean "If we find a green-skinned cleric of Cuthburt, we will be able to bring down Vecna". The Trolls understand even with their limited intelligence, that perhaps they were the ones deceived by Greebo.

The group can easily convince these Trolls of what to do (such as go back to the Dead Mountains or help the town rebuild any damages they have caused).

A group that did not get captured will fight Greebo directly. This is a pretty bloody ending for such a good-natured group of Trolls that were just being misunderstood.