Tamereth is The creator of both the Katheris and Formaites Planes. The two planes Have formed into one Whole cosmolgy with two material planes and doble the normal amount of secondary planes. travel between the two main planes is caused by accident. Tamereth resides On the island of Kalkesh trapped by her own power. she is one of the great 8 of kalkesh 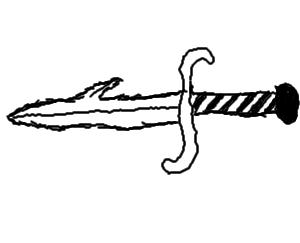 Tamerth has ruled that all followers must carry a clawed dagger and wear a amulet which has an eye and a rose on it. Tamereth also rules that lemons are the fruit of love.

Tamereth has only one "official" temple and it is deep in the underdark of kalkesh. It was sunk by masfeit to stop her from completely destroying him. he is now only a demigod. most other temples of Tamereth are fairly small yet very clean and bright white. all clergy's of Tamereth carry a clawed dagger even if they do not use it.