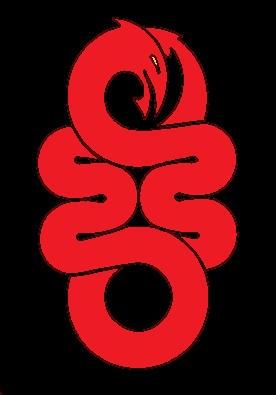 Tallins, on La Isla Serpenta, is noted as one of the most picturesque cities in the West - and certainly in Lower Beldron. Ostria is impressive, and Caprille is surrounded by peaceful country, but Tallins is a gorgeous city. The grand causeway that leads into the city is about 250 years old, possibly the grandest work of civil architecture during the Sapphire Kingdom period. It's wide enough for 6 carts to pass abreast and two miles long. Magically cast, the bridge is surprisingly straight and sturdy; upon seeing its many low arches, no one could fault you for thinking it a product of the Age of Wonders - merely maintained by modern craftsmen. On the island side, what used to be the ferry town of Serpenta is now a bustling trade city all its own, and a mile away rises Tallins. Tallins is built on a hill that rises inland from the low coastal cliffs, with the city's ornate wall ringing the hill's base. The city is visible from far off as a white and gold glimmer, but closer in the true beauty comes out. The main gate to the city is the famed Cerulean Gate. The gate is a milky silver verging on blue, which the stories name pure mithral from the Najiki; the white marble fortress of the Torres della Luna that flank it are a marvel few even notice. The road leading to the gate is flanked by statues and small temples; some are old, weathered, or abandoned but all are a testament to the craft and power of the artisans of Tallins. The last stroke of the masterpiece is the great wall of Tallins, white and gleaming with gold, that embraces the hill. The original wall is 40ft tall and 15ft thick, all of granite, but over the Second Age it was clad in marble and worked in relief. The relief work lasted for almost 250 years on and off, over almost half a millenia, and the result is astonishing. The entire length of the wall is carved into a series of relief scenes from mythology and legend. The scenes are framed by columned arches and an endless series of landscapes and astrological charts runs above the arches, edged in gold, just beneath the parapet.

Tallins is the most prosperous of the Mantaéri Polis, the cities that grew out of Mantaéri expansions through the early ages. It was founded early after the Lowland Elf wars and quickly became rich as the hegemon of the fertile Isla Serpenta. Trade flowed in and out through the walled port towns on the shores of the Narrow Sea, and Tallins remained free of the Beldroni Kingdom. The city was sacked in the waning days of the First Age by pirates, privateers, and mercenaries - men paid by the King of Beldron to lay the city low. Several hundred years of decline followed before the days of Braxton the Black Scourge. Braxton and his army of the young picked the countryside clean and tore the last pillars out from under the Kingdom of Beldron, but Tallins was untouched. Food from Tallins flowed into Beldron and gold flowed back in. During the early days of the 2nd Age the farmers of Beldron rebuilt and replanted and replenished seed and Tallins grew rich again. Ships sailed from the Isle once more and Tallins' trade fleet became the envy of the world. This incredible prosperity would gradually fade as competition increased but from that time on the little city and its green Isle have weathered two-and-a-half Ages of time's inexorable march. Tallis was sacked four times over the course of the Ages since, all during Beldron's dynastic or civil wars. Tallins was never a conqueror, but was always powerful so long as it was free. The jewel of a city never did well under the heel. Time has gradually hardened the beautiful Isla Serpenta though, and when the city broke from Sipani House Mordant vowed that this Age no power would rule Tallins.

Tallins has been free from the yoke of Sipani for three decades, and in that time the city has taken major steps into the power structure of the 4th Age. House Mordant's first step following House Dunning of Sipani's collapse was a land grab. The north shore of the Blue Mountains was always a bread basket and territorial buffer for the rulers of La Isla Serpenta, and troops bearing the Red Serpent of Tallins quickly consolidated their gains as Sipani's army fell back. House Mordant looked west as well, and marched on towns and districts north of the Caprillian Verge traditionally protected by Ostria. The Greenway ran with blood for two years after Sipani's fall before House Mordant was checked there, but the new rulers of Tallins had still won the entire north shore to the east. Their second stroke was an agreement with the rulers and denizens of Dogaska. Tallin's navy would not raid or interdict Dogaska's activity, and the pirates of Dogaska would be free to transit the eastern horn of Beldron. In return, ships flagged with the Red Serpent of Tallins would not be touched. This agreement, and the good relations House Mordant made with Dogaska's enigmatic 'Seven', has paid major dividends over the last 30 years. Eight years ago, House Mordant made its first big geopolitical move by attacking the Ostrian Fortress of St. Anthony and invading Ostrian territory. Tallini men could not take the fortress but burned Ostrian lands south and west before moving to besiege the city. Ostria stuck back hard, preventing the move, and ensuring the war would drag on to this day. Ostrian troops have since paid back the initial assault in kind and the war currently seems to be in its final stages. Both sides are nearing the point where the war must end.

Tallini ships ply the waters of the Narrow Sea with impunity and trade heartily with the now rebuilding cities and settlements of the Argentan Coast and Mantaer. The Dragon's War was a huge drain on trade by sea, but now that it's over Tallin's trade partners are coming back. Tallini ships also make it as far as the healthy ports of Aryth and the Tionnic Coast. The Dragonland Reach is within Tallins grasp as well, but even Tallini captains are leery of docking there. Tallins allows other ships to ply these waters too, and trades with cities and countries from all over the world. On land the territory of House Mordant is flush, but the city's long recent war with Ostria is putting a major drain on farmers and the industries that supply the army. The city of Tallins itself, and the nearby sprawling city of Serpenta, are both prosperous though. Money from abroad and the farms of La Isla Serpenta keep both population centers supplied and happy. The people of the island are Tallins' primary base, and relations with the colonies and territories is in need of repair.

Serpenta has grown from its roots as a shanty town of wood and mud into a sprawl of paved and dirt streets running between districts of stone and wood buildings ringed by tent-filled markets and camps. Serpenta is a writhing mass of trade and vivacity. Just about anything can happen there and the vibrant culture is fun-loving and proud of their Island and House. Tallins - now at the head of a fair sized swath of territory, a growing bureaucracy, and large military - has become the quintessential capital city. House Mordant functionaries, powerful guilds, trade House headquarters, and military arms own most of the buildings in the city. The people who do live in Tallins are very wealthy, and the shops and quinine match both their clientele and the insane cost of owning a building in the city. The city is beautiful and well maintained, and its inhabitants pour more than enough money into it to make it rival any city of stories. There are no poor in the city, and crime is rare and ludicrously dangerous. The poor are merely conscripted into the military or as paid farm hands, and petty crime is brutally punished. The city is new enough not to have much entrenched bureaucratic corruption (House Mordant's power may have something to do with that too).

Government: Duchess Alyssa Mordant is the current ruler of Tallins. Her current consort is Lord Joseppi Umbar, who has two young children by her. Duchess Mordant has chosen not to marry yet for reasons unknown, and Lord Umbar holds only his position as commander of the cavalry. House Mordant holds the lion's share of government positions, but about half of the offices are held by a collection of four or five minor Houses.