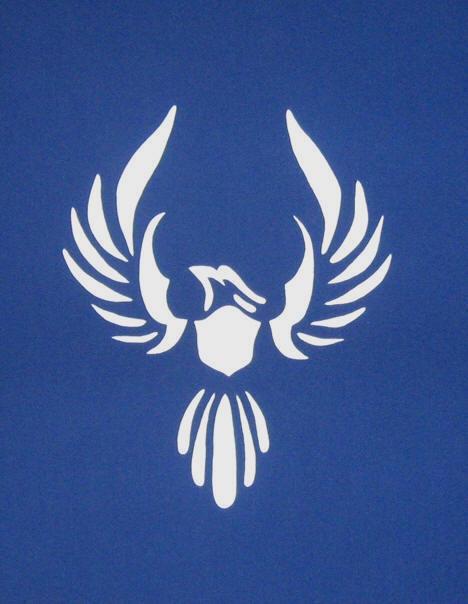 The White Hawk of House Tarelli

The city of Caprille and its lands are the bread basket of Lower Beldron. Rolling farmland and quiet country roads stretch from the city in every direction; down the coast in either direction and up the gentle slopes into the island. A modest, stout stone wall surrounds the inner city, but three distinct suburbs cluster around each of the incloming roads and boost the cities population seasonally. The surrounding communities hold huge fairs in these suburbs at the two seasonal harvest times; workshops, fishmongers peddling fresh and preserved wares, and artisans fill the suburbs in the interim months. The city's three gates are the nexus for these suburbs. At the Fish Gate, across the Salt Bridge, lies the suburb of Fishmarket. Fishmarket is generally bustling all year round, and always smells of sea salt and the fresh wares sold there. Fresh fish, crabs, and shellfish from the sea, or trout, bass, and catfish from inland - all are sold in Fishmarket in volume. Fresh wares are sold into the city and preserved wares - smoked, cured, or salted, are sold to merchant captains or caravans bound to other cities. At the Grain Gate on the north of the city, under the high walls of the Summerkeep, lie the tents, wagons, stalls, and pens of the Farmer's Market and Cattletown. These two suburbs bottom up to eachother, but are distinctive enough once one sees them up close. Cattle Town lies along the river, and pens full of all manner of animals raise a racket all day, only the auctions and haggling competing for noise. The Farmer's Market is no less loud, but smells a good deal better. It sprawls north of the city and is almost as large as the city itself in total area. Near the Trade Gate, the shops and wagons of Gulls' Town are full of traders from Visserene and Upper Beldron. The Gull Town moniker is mostly a slight at the traders, as the people of Caprille tend to veiw them as a necessary evil - "foriegners" come to unburden Caprillians of their silver and gold.

The city has never been a powerful one, but its wealth of good land and food ensure that it's always courted and never conquered. The largest regular issues the city faces are pirates, based out of small islands or hidden river inlets, and the bandits who inhabit Beldron's mountains or the abandoned fortresses and watchtowers that dot the countryside. The city boasts a fleet of fast ships with skilled crews and maintains a force of Knights in the Fontezza 'Vera, the Fortress that overlooks the city. These Greenway Knights, named for the Caprillian highway that stretches north into Beldron, are the city's most powerful fighting force. The Knights and their outrider men-at-arms are common sights along the Greenway and the many roads that come off it into the country. The other group that distinguishes the city is the venerable Order of the Navigators, a Wizard's Guild long dedicated to traveling the sea and documenting the world abroad. They earn their substantial treasury from selling their services as Ships' Mages, but dedicate themselves to exploring and documenting what they see. The Order of the Navigators keeps their guildhouse in the former Library of Caprille, which fell into disrepair during the last two decades of the Third Age.

Government: Prince Luca Tarelli II rules the city along with his uncle Doge Armando Tarelli, his former Regent. The two form an effective pair, and Luca still looks to his uncle for advice often. Luca is a competent ruler, educated at the University of Syracuse and the Royal Mercantile School on Malta. He's coming into his own as the ruler of the city, and has impressed his people by winning the champion's crown at the annual Tourney twice in the last three years - and both times under an assumed identity. Armando is his young nephew's strong arm: he leads the City Watch and holds prestige as the former Lord Commander of the Greenway Knights. He is no mere brawler however, and sits on most trade or commerce councils held in the palace - keeping his words few but meaningful.

Guilds and Orders: The Greenway Knights of the Fontezza 'Vera maintain 500 Knights and anywhere from 1,000 to 2,000 outrider men-at-arms. The Order of the Navigators do their bustling buisness from their large guildhouse overlooking the port. The Torre delli Scudi houses the Caprillian Mages' Guild. The "Tower of Shields" was a simple tower along the city's north wall before the Guild bought the watch rights and moved into the siege granary beneath. This guild is a more "traditional" mages guild.

Military: Caprille has 500 men of the city watch and 100 heavily outfitted Knights of the Tarelli's Fagmilia Ducale. In peacetime they could technically raise several thousand auxiliaries but in practice the city would and has hired mercenaries and relied on the Greenway Knights. The Order of the Navigators also maintains a significant number of Golems and constructs, or so it is said.

Judicial System: The City Watch keep the peace, and any claims and grievances are brought before one of the two judges Prince Tarelli appoints.

City Relations: Caprille is strictly neutral, although their relations with Visserene look more like an alliance than anything else. Caprille profits greatly from trade with the other cities of Lower Beldron, the Southern Isles, and Arcadia.