Many races live in the lands of Praemium Terra. While each race has its own characteristics, it is fair to say that individuals of each race can prove to be exceptional and defy the trends. Nevertheless, it is safe to say that humans represent the future, elves represent the past, dwarves and halflings represent the present, half-elves have no place, gnomes occupy their own little pocket, goblins are a minor danger (unless united, in which case they are a significant threat), and dragons and their kin operate on a level that is higher than the other races. A well-balanced settlement in Praemium Terra encourages diversity and cooperation among the races so that each race's talents may be used in conjunction. One can imagine the vitality of a settlement with access to human clerics, warriors and merchants , dwarven blacksmiths, architects, and fighters, and elven rangers, sorcerers, and wizards. Each race has the potential to compensate for the weaknesses of the others, while at the same time being compensated for its own weaknesses. The problem is, the races don't cooperate, and the archmages who rule over the lands are counting on that. The burden of ancient history and pointless old rivalries, jealousies, and grudges has divided the races at a time when their unification is needed.

The most numerous, adaptable, and practical race, humanity has maintained a plurality of the population of the lands for many centuries. Humans tend to be dynamic, hardworking, innovative, and future-thinking. Lacking a corpus of powerful ancient magic, humans have had to invent spells and set new traditions on their own. Humanity has a great tradition of problem-solving; while other races simply decay, collapse, or retreat, humanity finds a way around its problems, and stays true to its course. When faced with a critical problem, the elves simply stay true to the old ways that don't work and perish, whereas the Dwarves retreat deep into some hidden underground sanctuary and abandon what they have built; humanity chooses to stay and fight, to try new things, and even go as far as making sacrifices for the greater good. Of all the races, humans are the most optimistic, idealistic, and most willing to believe in free will. This has given humanity an energy which cannot be matched.

The most serious flaw of humanity is pride. A man can build up great things, but can just as easily oversee the destruction of everything he builds by means of hubris. Pride has led to tragedies which have destroyed empires, injustices which defy description, and wars which have killed off whole races of people.

Humans do well in just about all jobs and vocations, but they excel at being warriors, architects, scientists, merchants, mages, inventors, scribes, healers, blacksmiths, philosophers, clerics, and explorers.

The elves are the second most influential race in all of the lands, and the one most enslaved to tradition. The elves tend to be backward-looking, stagnant, tend to value appearance more than substance. The elves aren't hardworking, nor are they strong; in fact, the race is physically quite fragile. The elves may be physically graceful, flexible, and intelligent, but they lack the competitive drive that humanity has. Still, the elves have a few saving graces. Their craftsmen are highly skilled, their knowledge of ancient magic is great, and their skill with archery is easily the greatest in the land.

The main flaws of the elves are vanity, sloth, lust, and envy. Rather than worship objective values, elves are, in a way, addicted to physical beauty and sensation. The world around them is all they can take seriously, despite magical evidence to the contrary. The elves are known for their love of gaudy objects; that's why they have such skilled jewelers. Most elves would rather rest on their laurels after accomplishing something rather than consider the next big challenge, as humanity would. Furthermore, the elves have a tendency to worship those deities who promise to give them easy answers to life's problems rather than ask them to solve problems themselves. This has undermined their work ethic and made them into fatalists, which has paralyzed their philosophical and intellectual development past a certain point.

Skilled workers of the soil, Halflings have a natural affinity for plants and farming. They are quiet, hardworking people who quietly maintain their generally virtuous life, unencumbered with human pride, elven vanity, or dwarven greed.

If they have serious flaws, it would their small size, their pacifistic tendency, and their poor metalworking skills.

As in most lands, Dwarves are strict, hard-working people to the point of being dour.

Half-Elves are in a difficult position in Praemium Terra. On one hand, they are ostracized by many elven communities for being too willing to defy tradition (a human-descended trait), and they find it hard to fit in with human communities due to their poor, elven-descended work ethic (or lack of a work ethic). As a result, many of them become traveling merchants.

While it is obvious that half-elves make good merchants, they also make good explorers and rangers. They are also good at magic, but not as good as the elves or humans, due to their lack of old skills on one hand, and their lack of willingness to work for the new skills.

The varied climate of Praemium Terra is host to many different kinds of dragons. In the mountains, red and silver dragons can be found in relative abundance. Gold dragons can be found in smaller numbers on the plains. Blue Dragons exist in limited numbers in the desert of the edge to the west of the lands. The most common dragons in the land are bronze dragons, which can be found near the eastern ocean, by the shore; their greatest concentration is around a number of small towns and villages in the hills near the city of Prodigia, where it is said that there is a larger number of dragon lairs, half-dragons, and polymorphed dragons than anywhere else in the all of Praemium Terra. The lack of ice prevents settlement by white dragons. 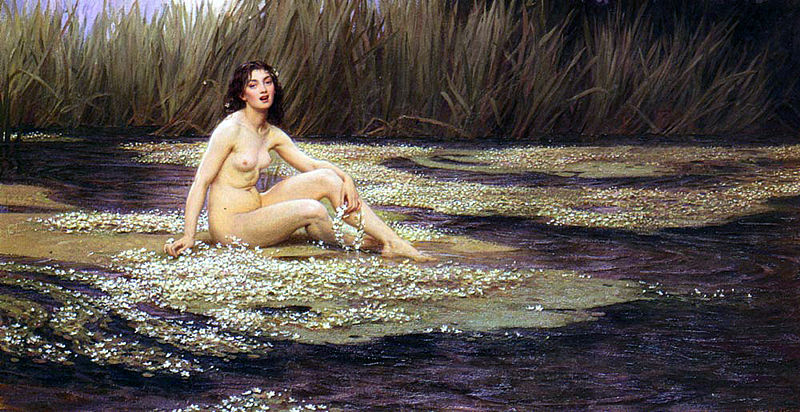 Nymphs are harder to find in the wild, but many are forced to live unwillingly on the Archmage's estates.

Centuars, minotaurs, nymphs, and other races of the forest still dwell in the lands of Praemium Terra, but they are getting harder to find.