"The Oovi-Kat are gone. Neeko must build her own tribe, now."

The Oovi-Kat are a tribe of essentially chameleon like humans, They have smooth skin, up to half their limbs, as a greenish scaly skin replaces the skin at they're shoulder's, neck, hands and feet. Each Oovi-Kat has their own special colors that signify their own personality, often showing at the tips of the finger's and toes, and making different patterns and bright colors along they're tails though green is always set as a natural color for they're body, possibly to help with camouflage in the deep forest. 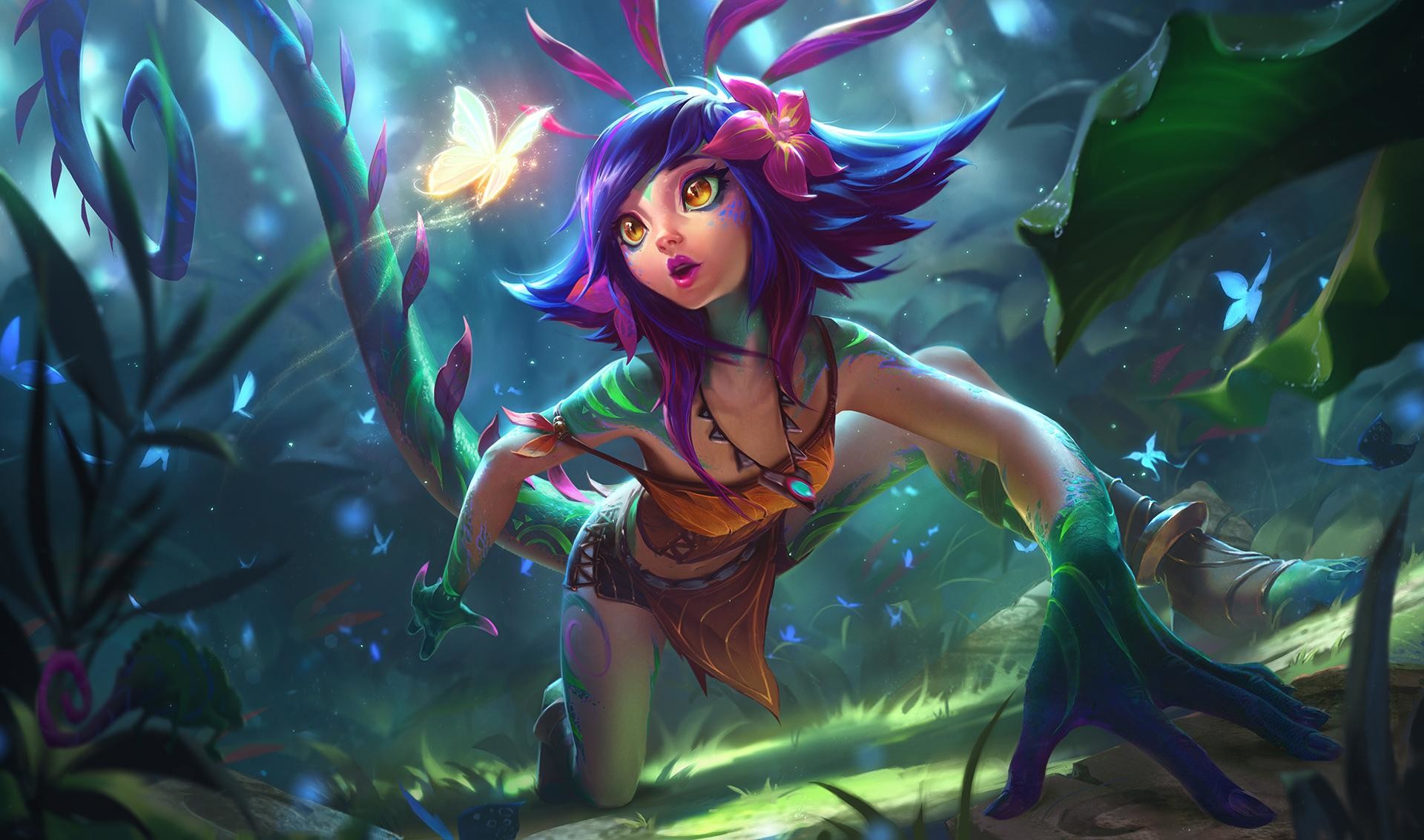 Not much is know of about the Oovi-Kat, other than they live in deep forest, away from civilization. Some, however, have chosen to leave the confides of there forest and explore the world. Even then, the ones that left either return home to relish in the safety in the forest, or they go and spread their personality to the world. But only the elder's know the history of the Oovi-Kat. As it is the unspoken secret, kept from the newer generations of the Oovi-Kat. Either in regret, or in fear, that is unknown as well, even to the elder's.

The Oovi-Kat were peaceful beings, of unrivaled potential. Their harmonious society blended seamlessly with the spirit realm, so that their sho’ma—their spiritual essence—could intermingle with other beings through mere proximity, and even help them mimic other physical forms. No secrets existed between the Oovi-Kat.

The Oovi-Kat are a race known for there individuality... and there disguises.
Ability Score Increase. Your Wisdom score increases by 2 and your Charisma score increases by 1.
Age. A member of the Oovi-Kat can be 400 year before their the equivalent of a 20-year old human mentally. There is no known end to the lifespan of one, as most were killed instead of actually dying from age.
Alignment. Most Oovi-Kat were neutral, being how they separated themselves from the outside world, but that doesn't mean the offspring of the ones who made that choice have the same ideals
Size. Oovi-Kat vary widely in height and build, from barely 5 feet to well over 6 feet tall, but they're tail's Add 4 to 6 feet to there total height as well. Your size is Medium.
Speed. Your base walking speed is 30 feet. You also have a Climbing speed of 25.
Darkvision. The Oovi-Kat are able to sense there surroundings, even in the darkest of dense forest they naturally come from. You can see in dim light within 60 feet of you as if it were bright light, and in darkness as if it were dim light.Like most races, you can't designate color, as it only shows shades of grey. But, unlike most races, You see living things in certain colors, depending on how you Identify them as. green for friend, blue for family/pack member, red for danger, And purple for mystery, orange for possible food/prey.
Shapeshifting. The Oovi-Kat are known for there chameleon-like camouflage, and there ability to change into people. As a action, A Oovi-Kat can turn into another humanoid they have seen before. They have advantage on using the Deception skill while using this form. If you take damage, you need to make a concentration check to stay in that form, as it takes a great deal of concentration to stay in another form. You automatically revert to your normal self if you become incapacitated.
Chameleon stride. The Oovi-Kat are skilled at not being seen, if they don't want to be. You gain proficiency in the Stealth skill.
Long tail. The Oovi-Kat have long tails. You can make a unarmed attack with your tail as a normal action, or make a Grapple check with your tail. If you hit, you deal 1d4 Bludgeoning. This uses Dexterity
Empathetic link. The Oovi-Kat have only lived with themselves, and their link to the ethereal plane has allowed them to sense the emotions of other beings more that most people, as emotion is what links all sentient beings together, and is used by the Oovi-Kat to tell which person is which since they are a tribe of shape-shifters. You gain proficiency in the Insight skill.
Languages. You can speak, read, and write Common and Sylvan.