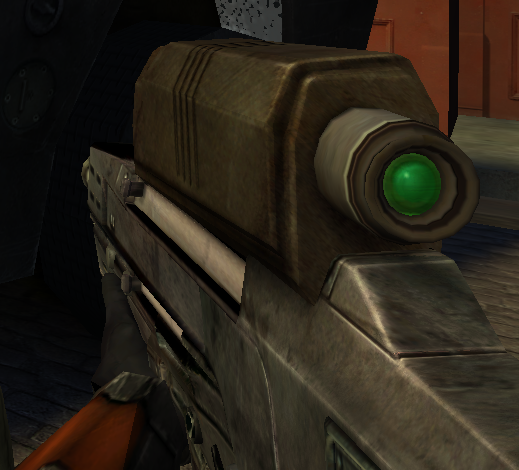 The OICW (Objective Individual Combat Weapon) was being tested by the US military before and during the 7 Hour War. After the Combine successfully invaded and occupied Earth, the OICW became it's primary weapon of choice and was outfitted with a number of new Combine technologies. It is used commonly by Overwatch Soldiers and Resistance Soldiers, along with the MP7 and the AR2 Pulse Rifle.

The OICW is a select-fire rifle, which means that it can be switched from automatic to semi-automatic as a standard action.

The OICW's scope can be used when firing on semi-automatic mode or while not firing at all. This scope has a range of 60ft, and can be aimed down as a standard action. This grants the user a +2 circumstance bonus on all attack rolls with this weapon for as long as they are aiming down the scope.

The player cannot aim down the scope while moving.