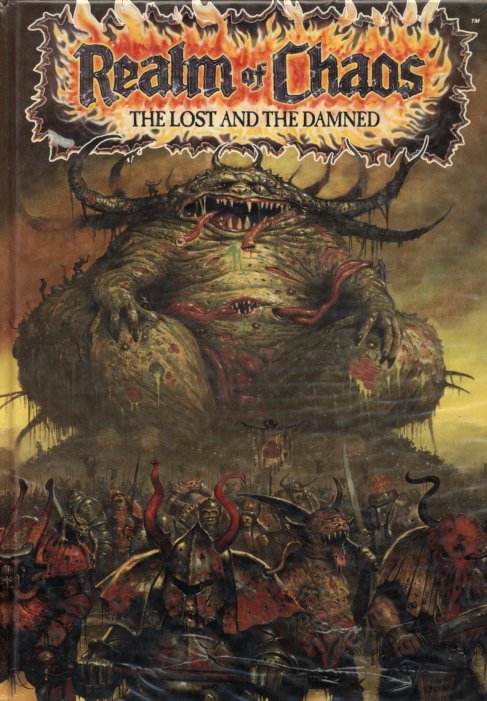 One of the four Chaos Gods (the other three being Slaanesh, Khorne, and Tzeentch), Nurgle is truly a terrifying entity. He, like his brothers, was borne out of a single emotion. In his case, it was despair. When manifested upon the material plane, he often appears as a huge, bloated daemon covered in sores and boils. His body is completely rotten through with disease. He is less concerned with actual conquest than he is with the spreading of his diseases, however; a shortcoming which may be his downfall in the long run.

Nurgle demands obedience from his followers, almost to a despot's extent. He encourages the spreading of his holy plagues through the lands of the living, especially if it allows his army of daemons to conquer said land. He also encourages stealthy warfare and tactics instead of brute force like Khorne. For example, a Nurgleite who poses as a village healer to further spread a chaotic virus in the village would find great favor among Nurgle.

The cult of Nurgle generally operates underground for fear of discovery by local authorities. However, in some far-off northern lands, there are shrines and even large statues dedicated to the worship and praising of the Lord of Decay. The clergy itself is largely comprised of humans and half-elves who see their lives as wasted and empty. They follow Nurgle's orders to the letter, lest risk angering him. Their activities largely consist of spreading diseases through a variety of evil rituals, weakening the enemies of chaos and the forces of good.