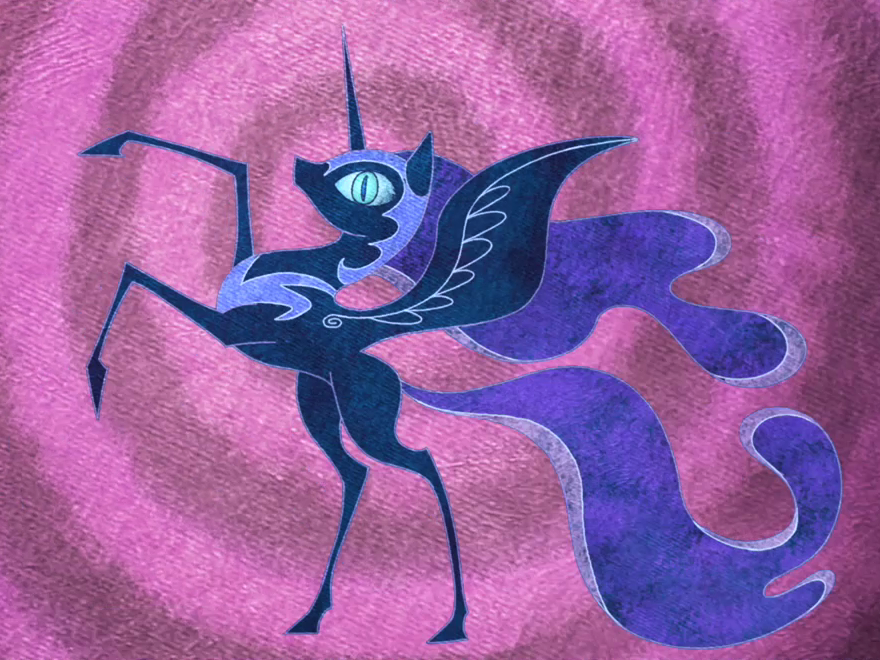 Nightmare Moon, wrathful goddess of the Moon is the alternate form of Princess Luna, and sister to to Princess Celestia. Driven to bitterness and misery by those who shun her night by sleeping through it, Nightmare Moon seized power and refused to allow the sun to rise. Although she was banished to the moon itself, it is said that on the longest day of the thousandth year the stars will aid her escape and she will bring about nighttime eternal.

Preferring to use misdirection and subterfuge to more overt means, worshippers of Nightmare Moon seek to release her from her lunar prison and bring about eternal night once more. Those would would seek to bring eternal night are used to their reputation as outsiders and typically hide their true beliefs in order to advance their cause without arousing suspicion. Common tactics include turning neutral parties against their enemies, recruiting powerful figures with promises of wealth and status, and undermining their opponents apparent strengths.

Well hidden and shrouded in darkness, temples of Nightmare Moon are rare and difficult to find. Typically hidden underground, these ornate, hidden chambers serve as meeting places for the devoted. They are poorly lit but well decorated with silver trimmings and often use enchantments to simulate the night sky. Rumors of well connected businessmen or politicians moonlighting as clergy abound, but are rarely substantiated. Many who serve are unaware of their true master.