* Replace Animals with Liberation in pony based campaigns. 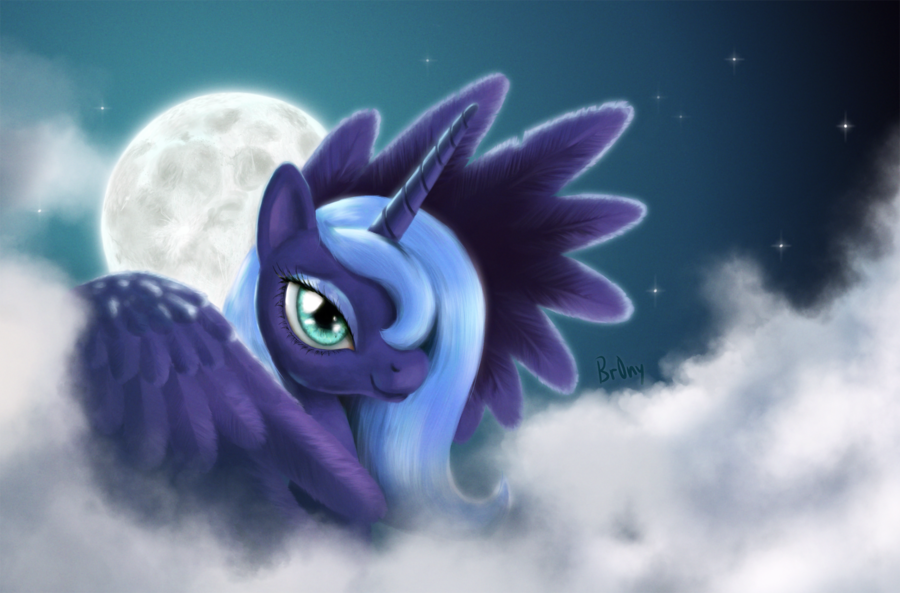 Luna is the younger sister of Princess Celestia. She appears as a dark blue Alicorn with blue or black hair. She is often referred to as Nightmare Moon; or by her evil aligned followers, the Nightmare Queen. To her more primeval followers she is known to be responsible for the movement of the moon. When a wish is made to the night sky she will hear it, and will try to help out as best she can. Many still fear her and unlike her sister, she rarely makes public appearances despite living on the Material Plane.

After a thousand years ruling over the Underdark, her unconscious soul trapped inside the body of Nightmare Moon, she gained a fearful reputation. Even though Nightmare Moon is all but dead, many still associate her with Nightmare Moon's reign.

Luna's followers include; rogues, rebels and even cultists. Good aligned followers will often rise up against oppressive governments, while her evil followers often gather in the darkest, most isolated parts of the world, conducting dark rituals to bring about eternal night and an age of evil.

Most clergy are of an evil alignment and serve as cataclysmic cultists. However there are those who follow her as a symbol of freedom, but that is a relatively new order, and at times they are confused for evil cultists by the naive. Her temples towers made of black stone and are often found in isolated locations, making them a haven for those seeking shelter from the wilderness (If the idea of having cultists as hosts is outweighed by the idea of starving or freezing to death). More recent temples have been built, and while they are still made of black stone and resemble Luna's original design, the architects go out of their way to show that they are different from the black towers. Sometimes adding alacorn statues to the sides or placing banners to give it more color.

Luna is part of the Astro-Celestialist Pantheon. She is the younger sister of Celestia, the Sun Goddess and the daughter of Galaxia Faust, the Equine Goddess.