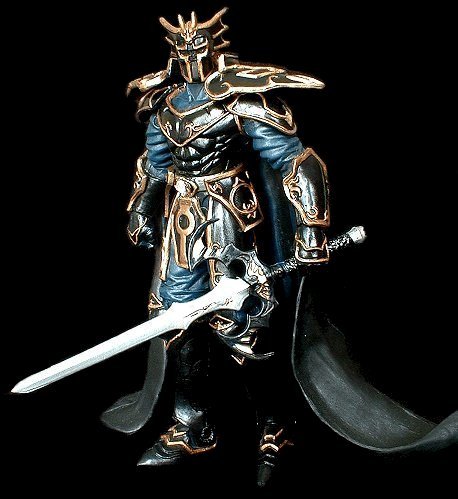 Morker is the most arrogant of gods. He has one appearance regardless of who worships him. He presents himself in glossy black and gold plate wielding a shield and massive greatword. This sword is sentient and delights in the taste of blood. Morker himself hasn't been very active in the world until recently. There are reports of him building and recruiting a massive army.

Morker is the patron diety of conquest, and encourages the use of any and all means available to do so. Torture is regularly used by his followers. He also encourages the practice of "black" magic, or magic used for evil. He uses zealots to further his cause as much as possible. Their blind devotion fits his ego.

Most of his temples exist in the Red Bellows, but there is one or two hidden in the peaks of the Kulakuh range. Inside these temples people are and have been tortured and sacrificed. His clerics are masochistic egomaniacs. They are blinded for their zeal to practice their skills to further the faith.

Greater god in the Shekastkoréan Pantheon