A Massive Ordnance Air Blast (MOAB) bomb, also known as the "Mother of All Bombs" is one of the most powerful non-nuclear explosive devices ever made, exploding with the force of 11 tons of TNT. It is intended to be dropped by parachute from an aircraft onto a point directly below the aircraft. Once it strikes the ground, it generates a massive explosion that fills a 480-foot radius sphere. All creatures within the area of an exploding MOAB must make a DC 23 Dexterity saving throw. On a failed save, a creature takes an amount of damage based on how far away it is from the point of origin, as shown in the following table. On a successful save, a creature takes half as much damage. The MOAB deals double damage against objects and structures. All creatures within 1 mile of an exploding MOAB must also make a DC 23 Constitution saving throw or be blinded and deafened by the noise and light for 1 minute. A creature which is blinded or deafened by the MOAB can make a new Constitution save at the end of each of its turns. On a success, it is no longer blinded or deafened. 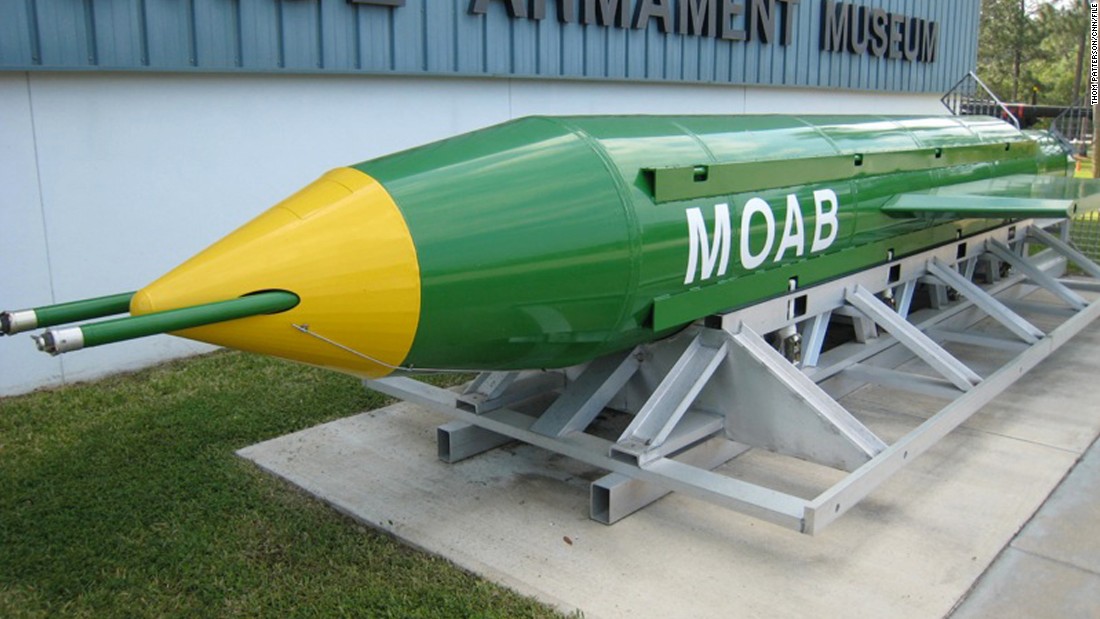 A MOAB.
Retrieved from "https://www.dandwiki.com/w/index.php?title=Massive_Ordnance_Air_Blast_Bomb_(5e_Equipment)&oldid=1483486"
Categories: