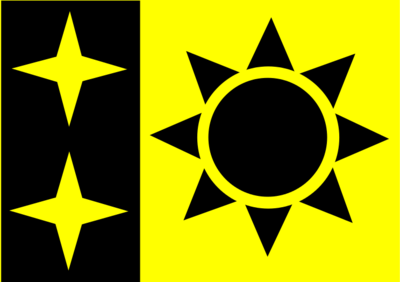 Flag of the Malachite Empire

The Malachite Empire is the bulk of the old Dragon Empire. It spans an enormous territory, although this territory has been shrinking over recent years. Tensions within the empire threaten to split it apart.

Charystos is the capitol of the Malachite empire. The Malachite Emperor has his palace in the dwarven-carved New Island. The current ruler is Emperor Thelonius II.

The title of the first wife of the Emperor is Afsar Malakeh, or "crowned queen". This is usually shortened to Afsar. The second wife rules Charystos. Her title is Shahrbanou Malakeh, which means "Queen of the Town." This is usually shortened to Shahrbanou. The king's favorite wife bears the informal moniker of Shanaz. This is not a formal name, but a term of affection used by the people at large. The title of the remaining queens is Malakeh.

The first Empress, Afsar Homa, is of the line of the Phoenix Empire. She oversees the Royal Palace in Charystos. To a great degree, she oversees the day to day running of the Empire. She is from a marriage of the Arsalan family into the ruling Sanjar family. The Arsalans have grown strong over the last few generations. This marriage averted a possible civil war over the succession.

The second Empress is Shahrbanou Tala. She is from a marriage of the Hami family into the ruling Sanjar family. The Hami are long-time supporters of the Sanjar, and so they were picked to oversee the city itself.

The seventh Empress is Malakeh Ohiyesa, popularly called Malakeh Shanaz, as she is the favorite of the Emperor. She is from the Tiger Empire, and of common birth. She was a servant of his first wife until he took a liking to her and married her.

These Empresses vie for position in the Empire, each playing their political game through the city of Charystos. They have no love for each other. They each want their own children to inherit the empire. They can not oppose each other directly, as that is forbidden, but their agents forever spar in the cities and intrigues of Charystos.

The Great Dwarven Union is in arms over the seizure of New Island. They want their holy shrine back.

The Feral Nation presses the borders of the empire, along with all the new countries that have emerged from other empires.