Lord of the Land (4e Deity) 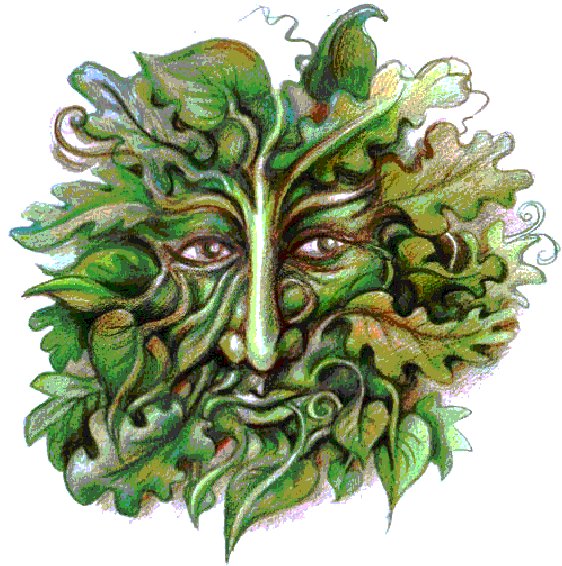 The Lord of the Land

The Lord of the Land, also known as The Green Man, is one of the three major deities in the world of Aegir. Along with the Lady of Light, he leads the Divine Court. Though they have been partners for the known history of Aegir, the Lord and the Lady are often depicted quarreling in ancient tales and texts. In fact, some legends claim that it was one such quarrel that resulted in the creation of Aegir.

The Lord is usually depicted in a forest glade, wearing robes of leaves, with green and brown skin and green, vine and leaf-like hair. He is often shown surrounded by plants and animals of all types, with a peaceful expression on his face.

The Lord loves the natural world, and urges his followers to become one with the wild places of Aegir. It was he who created both the land and the flora of the world, and he values those things greatly. And tough the fauna was created by the Lady, the fey claimed the animals for the Lord shortly after their creation. The Lord values all of his children greatly, and beseeches them to live at peace with one another.

As one of the leaders of the Divine Court, the Lord is acknowledged by most good people. His most fervent worshipers are primarily the fey. Druids almost exclusively worship the Lord, though some aquatic druids may worship the Lady, and a few music lovers worship Soriel.

There are no temples to the Lord. His worshipers gather in holy glades, beautiful and wild. Even in the great tree-cities of the Eladrin, there are no temples - his worshipers travel to the ground to feel His earth under their feet and experience the world as He created it, rather than as it was fashioned to suit their purpose. There are some rituals, but most worship to the Lord is done in quiet prayer or in song and celebration.

Notes on real world origins: The Lord of the Land is based on the Green Man, a figure of Celtic folklore and a neo-pagan icon.