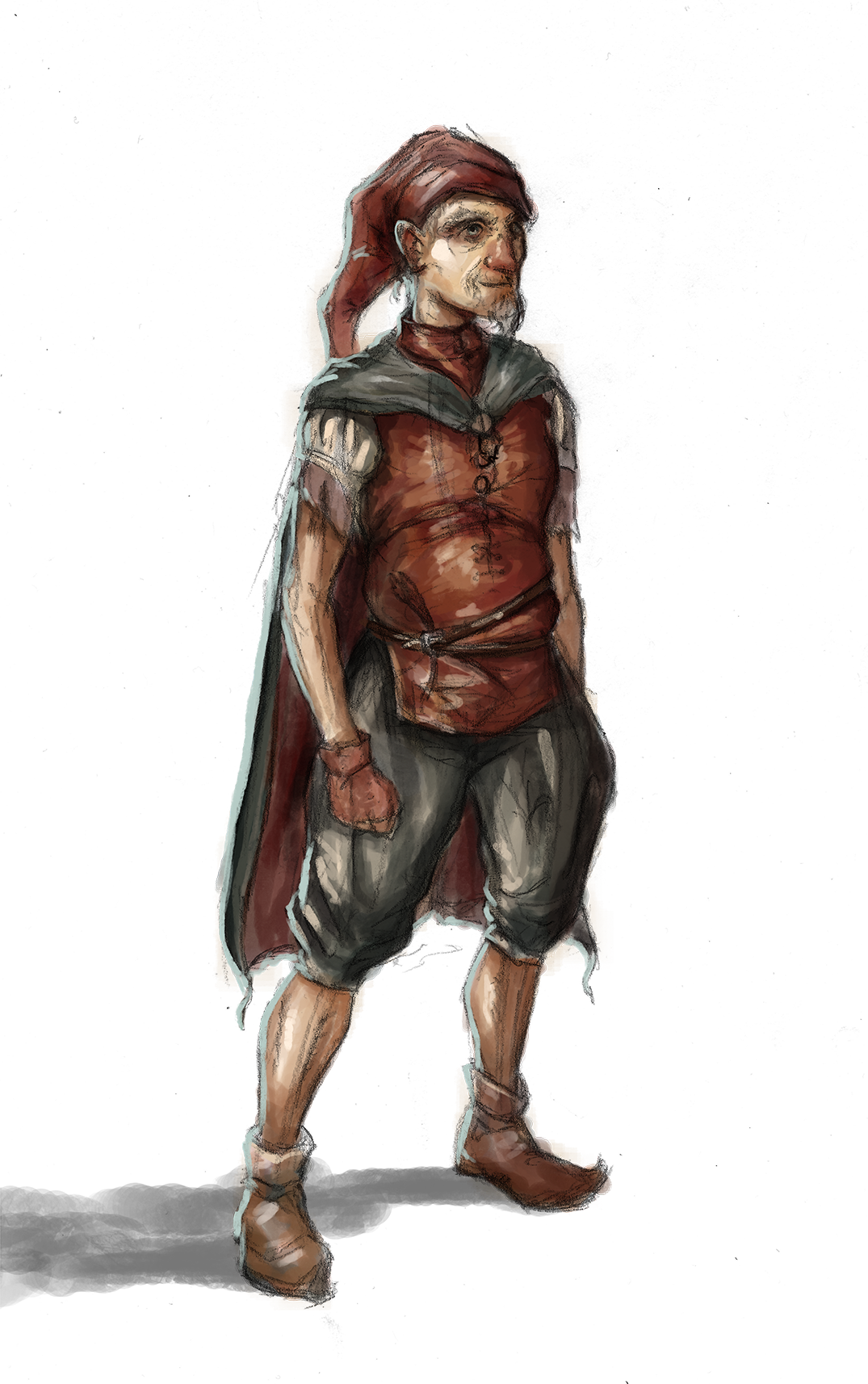 Straight Out of the Ground[edit]

Averaging barely 3 feet tall, leprechauns resemble wizened old men with pale skin and hair of orange, silver or brown. Some have a green tinge to their skin, the better to blend in with their usual woodland habitat. A leprechaun will generally live well into his third century, his wizened appearance belying a love of mischief akin to a rambunctious child. Most leprechauns have strange habits and traditions, passed down from their parents. Most solitary leprechauns, for example, can be identified by their red coats, but those in villages or groups usually favor green. As a consequence of living so long, most leprechaun women have hardened facial features and wiry frames. Some of them even have small beards. This, coupled with the relative scarcity of leprechaun children, has led some people to believe leprechaun women don’t exist, and that leprechauns must magically snap into existence fully grown. Leprechauns love the mystique that these sorts of rumors create, and many actively encourage them.

Leprechauns believe strongly in the power of luck, and adorn their clothes with various charms and good luck tokens that they have collected over the years. Perhaps as a result of this, they are oftentimes described as being almost supernaturally lucky. They put this luck to good use, and often push it to its limits, in the pursuit of mischief and practical jokes. Leprechauns have a great sense of fair play which often plays into their love of binding verbal contracts. However, much to the dismay of their victims, 'fair play' rarely manifests itself in ways that people of other races would expect. Leprechauns generally pay little regard to the consequences of their actions, acting on a whim and disappearing before the damage of their impulses can be assessed. They would just as soon sneak into your campsite at night to repair your shoes, as steal all of your supplies as a joke.

The chaotic nature of leprechauns does not lend itself well to society. As such, most leprechauns will live the majority of their lives on the road, settling down only briefly to raise families in villages deep in the forest. As they alternate between solitary travels and sylvan communities, leprechauns, by necessity, are very talented at crafting and repairing their own clothes and tools. For all their courage when it comes to looking for trouble, when leprechauns actually feel threatened they quickly let their true colors shine. They are not above running, or even cutting deals, to get out of a bad situation. In the past, this has led to some people making deals with leprechauns to gain access to powerful sylvan magic, a magic that would almost always blow up in their smug faces.

Aside from spending most of their lives traveling far and wide in search of excitement, leprechauns also have a fatal weakness for treasure, especially gold. Just the sight of it is enough to drive some leprechauns mad. There have even been some instances of them jealously hoarding treasure like dragons. While some leprechauns may balk at the idea of working with others, as is necessary for most adventures, those who do tend to find the rewards far outweigh any reservations they may have.

Leprechauns have little use for names in their day to day life, as they spend most of their lives far away from other leprechauns, and they generally avoid divulging such personal information to passing acquaintances.

Any of these names can be given to either gender.