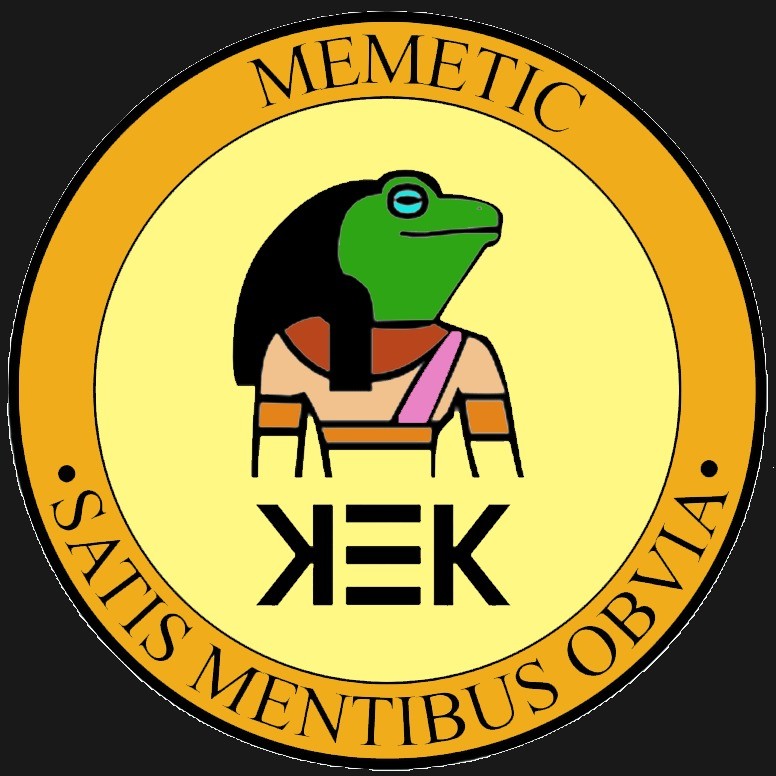 Kek (also Kuk, Keku, Kekui) is the deification of the concept of primordial darkness in the Ancient Egyptian Ogdoad cosmogony. As a concept, Kek was viewed as androgynous, his female form being known as Keket (also Kekuit).Kek and Keket in some aspects also represent night and day, and were called "raiser up of the light" and the "raiser up of the night", respectively.

Followers of Kek are often anarchistic in nature, given the deity's affiliation with chaos. Cultists of Kek believe in the concept of "meme magic," which becomes more powerful as the original message spreads, often snowballing in glorious manner. Many puritans see the presence of Kek followers and their holy symbol to be inherently offensive, as their views on chaos, darkness and destruction often clash with the usual ideals of many more lawful deities and their followers.

While there is no official clergy for the church of Kek, his shrines can be seen anywhere there is a large political influence, as many world leaders attribute their rise to power, at least in part, to the luck of Kek. The shrines resemble very smug looking humanoid frogs.