A combination of childlike curiosity and wonder mixed with a blackened nature from a creature born from a pot of true evil creates a being with the makings of a monkey king. Based on the Chinese legend ‘Journey to the west’, you play as Wukong with powers deriving from the story adapted by the creator of the fictitious web series ‘The God of Highschool’ main character Jin Mori. 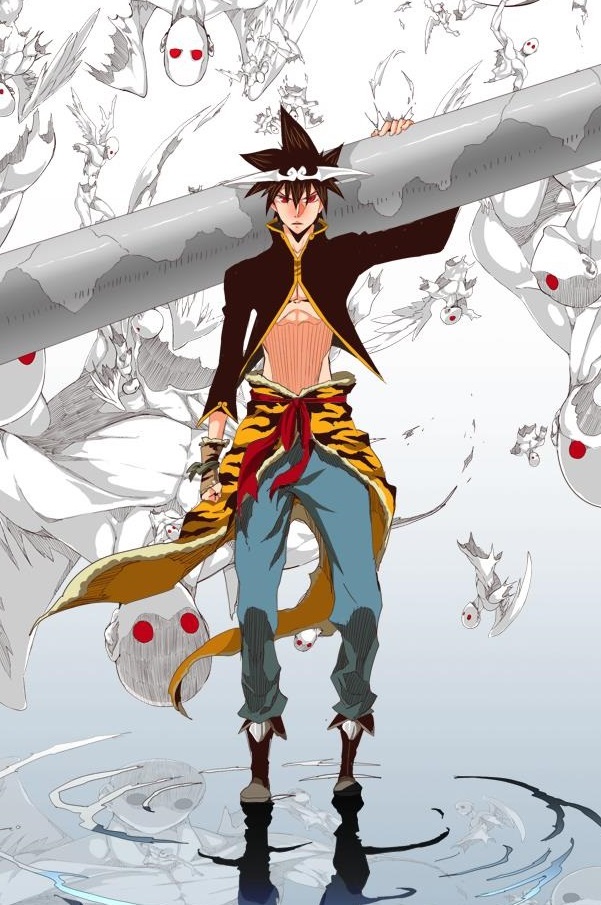 Now that your golden and or silver crown has been broken and freeing your true potential that was lost and sealed away. Becoming that of a being above gods themselves. A Supreme Being of a higher plane.

The following table is adapted from Level 40 Expansion (5e Variant Rule) with its own respective class-based changes.

You're half way to becoming the one that surpasses everyone else, even Heaven itself. Starting at 21st level, your reflexes are supremely fast. You gain advantage on Initiative rolls, and when allowed a reaction you also have an additional reaction that you may spend.

Starting at 23rd level, your strength as a warrior allows you to resist certain area effects, such as a blue dragon’s lightning breath or a fireball spell. Choose one of the following:

Starting at 24th level, you become a nigh-unstoppable force of nature. At the start of each turn you regain 5 skill points if you've landed a hit for every technique last round.

At 25th level, when you take the attack action, you may make 1 additional attack (4).

At 28th level, you're unarmed strikes counts as magical purpose of overcoming resistance and immunities

In addition, you count as a size gargantuan creature for the purposes of determining your carry capacity and the weight you can push, drag, or lift.

Starting at 29th level, you are able to release your divine power. The Monkey King feature improves by the following benefits:

Having finally achieved Taoist enlightenment, you have regained all of your powers and attained inner peace. Starting at 30th level, your able to gain features from other King Paths. Allowing you to be able to unlock a number of features in different paths equal to half your proficiency bonus.

In addition, clones do not gain this feature with the exception of Imoogi Clone feature.