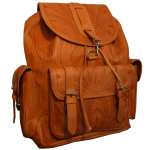 Go forth and travel, for through travel and adventure can people only find there true place in life and really live! Do not fear, do not back down face challengers, dangers and the unknown with a brave heart and Jarrkick will bless you and keep you safe. Followers should be leading the life of adventuring, weather that be dungeoneering, taking part in a military campaign, or exploring some unknown land, followers of Jarrick need to keep on the move and active if they want the blessings of Jarrick.

Jarrick has temples in many major cities, especially those that will often be visited by mercenaries and adventurers, this deities temples can also often be found in strange places like half-way down a dungeon, or in the middle of a inhospital tropical jungle! In the later cases the temple is more of a shrine, and most like a portable one that may not be in the same place next time people come looking for it.

In cities Jarrick's temples are often large showy affairs, with plenty of trophies from followers and plenty of decorations and paintings of past heroes and their quests. Often these temples are quite wealthy as they often have powerful and wealthy followers. These are always the most welcoming of temples to wonded adventurers, and some even offer services such are cheap board, or notice boards for adventurers to make use of. Jarrick hasn't been above inspiring his priests to seek out groups of adventurers to send on exciting and profitable quests.

The clergy of Jarrick fall into two kinds, the travelling journeyman who often accompanies parties into the tombs and dungeons, living the life that their god loves and promotes. The other kind, often older, are found running the temples in cities where they provide services, advice and hearty encouragement for adventurers. Often these older priest were once journeymen, and thus retired adventurers, as well.

Dorath is a deity of the Lore of Arda campaign setting.